Elders and Youth for Conservation of the Snow Leopard

Land of Snow Leopard Network is a recipient of the IUCN Save Our Species grant, Sustaining Indigenous Communities in Snow Leopard Conservation. This grant fully supports the program Elders and Youth for Conservation of the Snow Leopard in Kyrgyzstan, conceived of and executed by Zhaparkul Raimbekov, a founding member of LOSL and a Giver of Blessings throughout his community.

The aim of this project is the strengthening of mutual understanding by the local population of the spiritual practices for the preservation of sacred animals and sacred places and the involvement of youth.

Despite the pandemic, a variety of meetings, training sessions, and events were able to be held by the Rural Development Fund on behalf of Land of Snow Leopard Network and the Snow Leopard Conservancy. 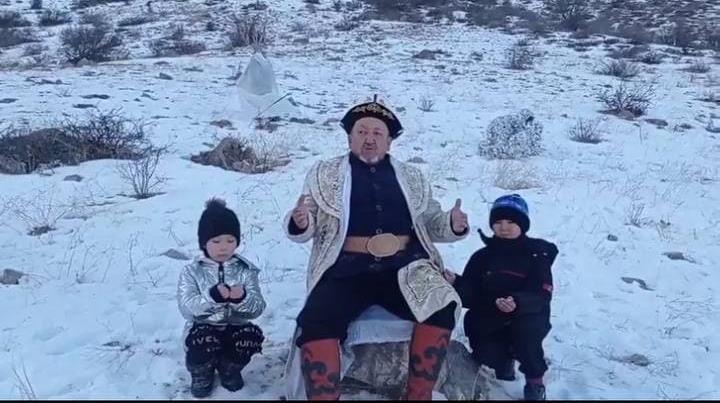 Zhaparkul Raimbekov speaking to his grandchildren about the importance of nature conservation. As an example, he tells them the legend about “Bugu Ene” – the Horned Mother Deer who adopted two orphans. Mother Deer said to them: “Children, now I will be your mother, and you will be my children” and took them to a distant land.

Local schools and district education departments were involved in work with educational institutions. One of the schools that actively participated in the popularization of the snow leopard and became a supporter of Land of Snow Leopard (LOSL)-friends was the secondary school named after Meilkan Kozubekova. 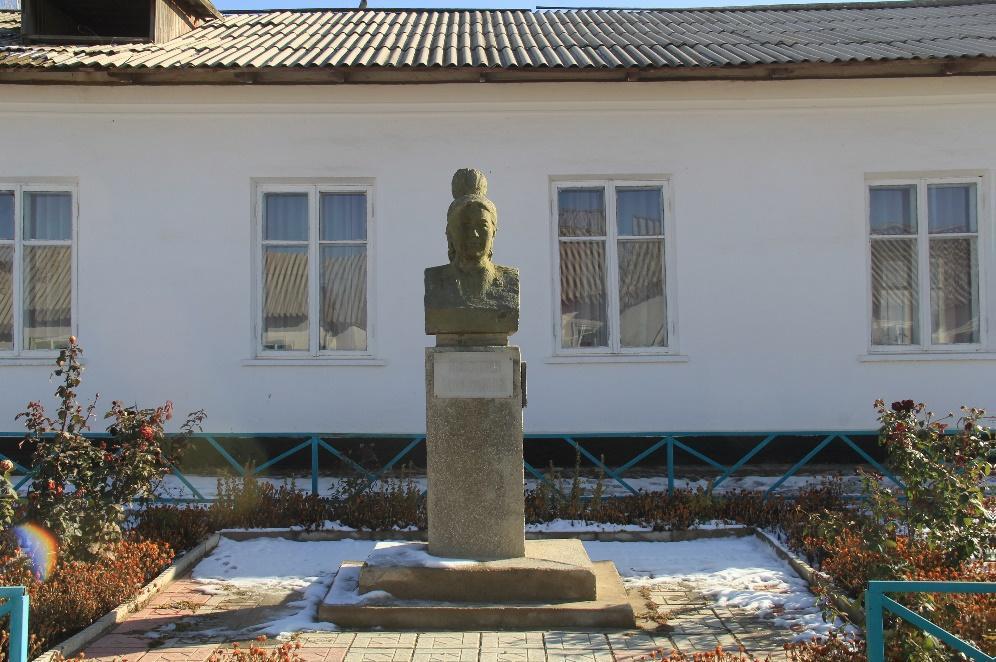 As part of the monitoring of the previous project activities and to explore expansion of the LOSL-friends initiative, a meeting was organized with a teacher of biology, Rakhima Orozalieva. 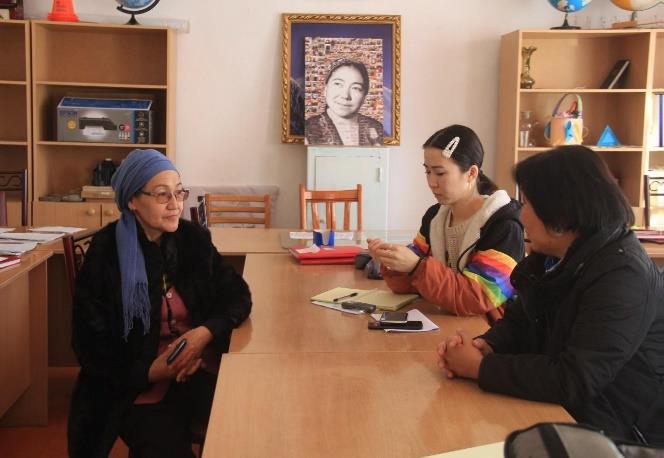 Rakhima Orozalieva said that despite the fact that the quarantine began in March 2020 they managed to hold some events. Those events were held at the M. Kozubekova Secondary School and were timed to coincide with Snow Leopard Day and World Environment Day.

Ms. Orozalieva and her seventh grade students ran a competition for handicrafts made from products such as beads, beans, and rice. She says, “our region is famous for beans, and there are also other legumes from which we decided to symbolically make the shape and silhouette of a snow leopard. Children remember past competitions, and the younger grades also wanted, following the example of the senior grades, to make pictures from beans that they grow themselves.

At the end of the events, with the help of their teacher, the students sewed from improvised materials costumes for the role of animals – a snow leopard and a bear and played a theatrical scene about a baby snow leopard. 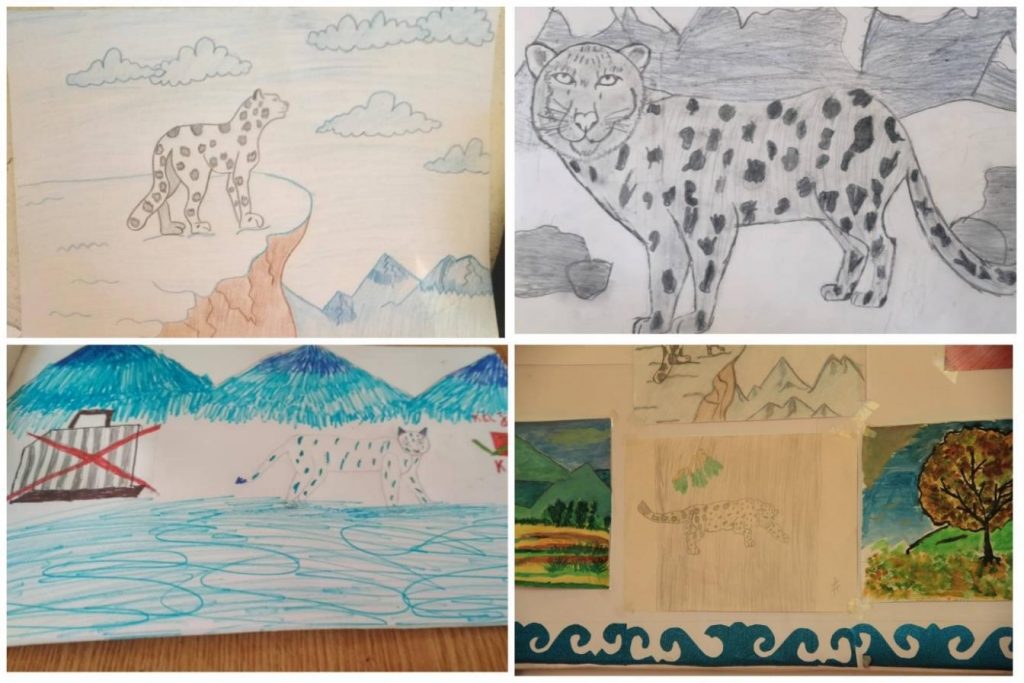 Some of the students’ drawings 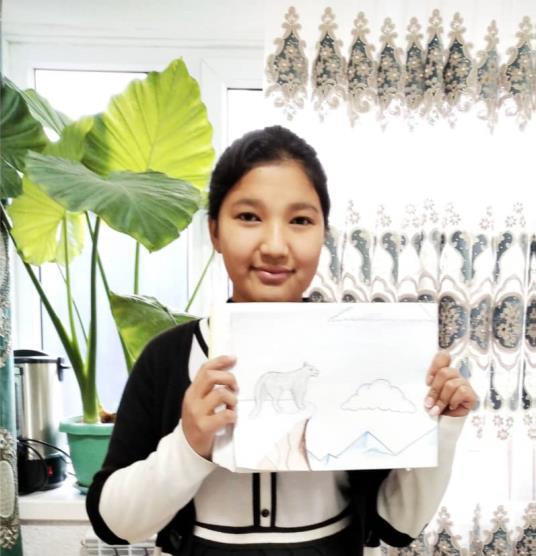 The environmental club, which is led by Rakhima Orozalieva in the same school, made an information stand about the importance of preserving biodiversity and protecting the environment. With this, she wanted to draw the attention of schoolchildren to the problem associated with the protection of nature. The aim of this club is to provide students with environmental education, familiarization with the country’s reserves, Red Book animals and plants, and legends and tales about nature. In particular, special attention is paid to the snow leopard. Moreover, students are given the opportunity to learn about the works related with nature and learn to live in harmony with nature.

During the coronavirus pandemic, Rakhima worked from home and in order to support children in difficult times, held an online activity featuring snow leopard drawings. Students of the seventh grade took part in it. They were happy to be distracted from the negative news and were reminded that they are the descendants of the snow leopard and remain under the protection of the King of the Highlands. 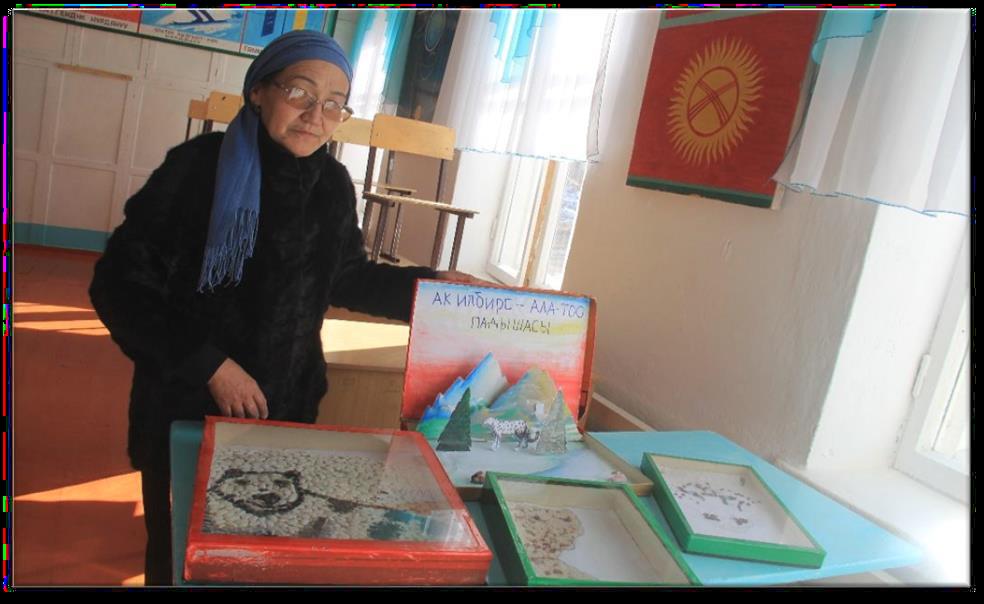 Rakhima Orozalieva with the works of her students. A ЗD model of a snow leopard in the mountains and handicrafts from food.

Also, a meeting was organized with the director of the secondary school named after Meilkan Kozubekova. The web-program IT Map 3D Explorer RDF Snow Leopard was presented to the director by our team, which will be an excellent educational material for lessons in geography and biology and for studying the Red Book animals, plants, natural objects and sights of Kyrgyzstan.

Rakhima Orozalieva and the director of the school, Anara Atabekova, who herself teaches computer science and has a good command of a computer, evaluated the map and said that they would definitely use it in working with children. They were pleased that the main theme of the map is about the snow leopard. 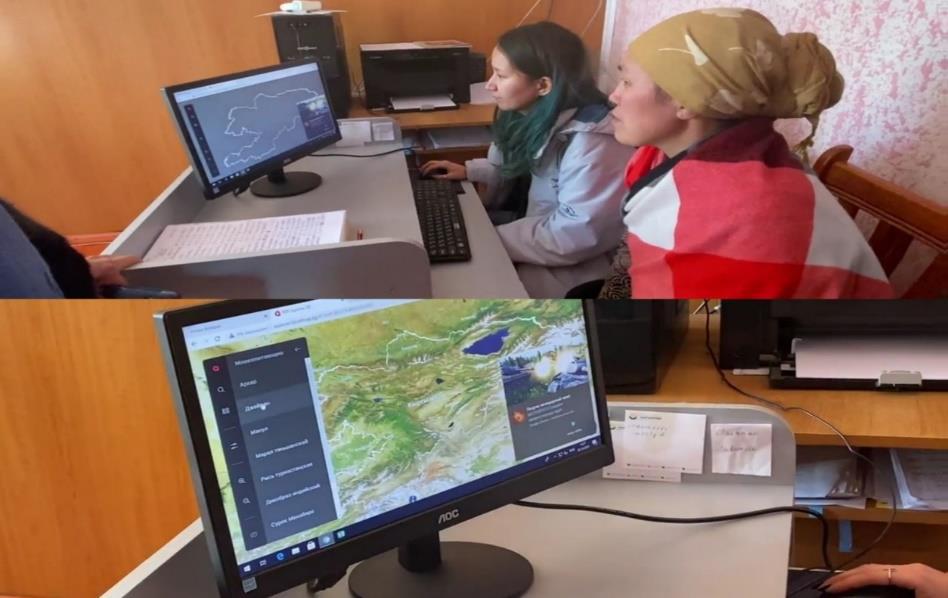 This portrait was woven at the competition among teachers for the birthday of Chyngyz Aitmatov. Biology teacher and needlewoman Turgunbaeva Nargiza painted and wove this portrait.

Chyngyz Aitmatov was a great writer of the twentieth century. His last work “When the Mountains Fall” describes a story where the tragic paths of two suffering creatures – a man and a leopard – cross. They are both victims of time, victims of circumstances, hostages of their own destiny. 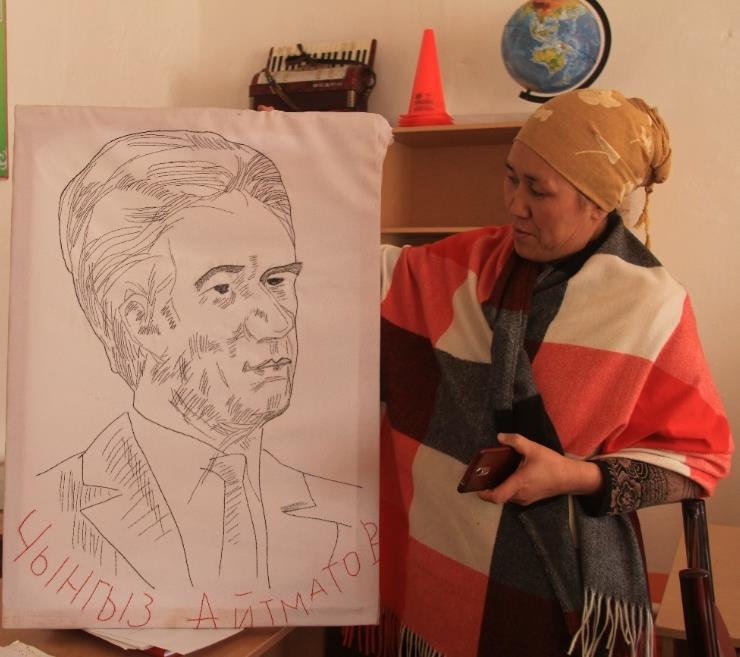 On January 30, RDF together with the “ArgaBilig” held an award ceremony for the participants and winners of the “Youth for Biocultural Diversity” competition dedicated to the International Day of Mountains. The purpose of the competition was to draw the attention of young people to modern environmental challenges, the threat of losing family traditions, their roots, to remember the warm, good-neighborly relations between peoples for the preservation of biocultural diversity and peace. As a reward for the efforts of the participants, a meeting was organized with Japarkul Raimbekov. He told the children about the inseparable connection of the Kyrgyz with snow leopard. He spoke about the deep meaning of “Bata” (blessing), traditional knowledge, and connection with the environment. In conclusion, Japarkul shared his experience of participating in international events on Global Challenges. At the end he wished the children new ideas and success on their implementation, and gave them “Bata.”

At the event, a class was held on the instruction of making felt animals. The children especially enjoyed sewing snow leopard souvenirs. The children sewed one souvenir themselves at the event, and the other will be sewn together with family members at home so that they also feel respect and feel the sacredness of the leopard.

IUCN Save Our Species aims to improve the long-term survival prospects of threatened species. It also
focuses on supporting the species’ habitats and working with the communities who share this habitat. It
achieves success by funding and coordinating conservation projects into multiple initiatives across the globe. 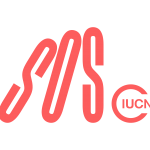 Funded by IUCN Save Our Species