WHO WE ARE
Read more The Snow Leopard Conservancy is a non-profit organization based in Sonoma, California, formed in 2000, working in partnership with local communities in seven countries to ensure snow leopard survival through environmental awareness programs and by promoting innovative stewardship practices.

The Snow Leopard Conservancy is a non-profit organization based in Sonoma, California, formed in 2000, working in partnership with local communities in seven countries to ensure snow leopard survival through environmental awareness programs and by promoting innovative stewardship practices.

The Snow Leopard Conservancy works directly with local communities to protect the Snow Leopard, a keystone species of the high Asian Mountain ecosystem. The snow leopard’s habitat, which includes the Hindu Kush-Himalaya region and the Tibetan Plateau, contains the largest reserve of fresh water on the planet other than the North and South polar regions. It includes the countries of Afghanistan, Pakistan, India, China, Nepal, Bhutan, Mongolia, Russia, Kyrgyzstan, Kazakhstan, Tajikistan, and Uzbekistan, the source of Asia’s 10 major river systems, which provides water to more than 1.3 billion people or about 20% of the world’s population.

Snow Leopard Conservancy’s founder, Rodney Jackson, has been a finalist for the Indianapolis Prize for animal conservation in 2008, 2010, 2012, 2016, and 2018. This video highlights the work of the Snow Leopard Conservancy in stunning high-definition video footage that captures the beauty of these majestic mountain regions. Working together, we can preserve this breathtaking region of the world, keeping the snow leopard’s natural habitat intact.

We work with local partners and herder communities, the front line in preserving the biodiversity of Central Asia’s high mountains by providing technical and financial assistance for activities linked to stewardship and biodiversity conservation.  Our programs build community ownership of projects, long-term self-reliance, and ecosystem health.  We involve communities in non-invasive baseline research on snow leopards, their prey and habitat, blending western science with indigenous knowledge.

Why we do it

There is less and less land for the wild animals in our world.  Saving this iconic species has been our life’s work.  Our task is to help local communities keep livestock depredation from snow leopards at a manageable level while increasing incomes and strengthening stewardship of alpine ecosystems. We will know we have done our job when Central Asia’s herders recognize and act upon the greater worth of having a live snow leopard rather than a pelt of one that took their livestock.

What are the challenges

Working in so many different countries and in such remote areas leads to difficulties communicating with our in-country partners.  Travel is slow and arduous.  Additionally, politics and authorizing agencies with varied regulations can impede conservation. There is also a lack of conservation training in many of these countries as that has not been a priority.  Poaching, mining, and retaliation for killing of livestock, are direct threats to the existence of the snow leopard. We are driven by the urgency of protecting wild places, envisioning vibrant mountain landscapes where people and wildlife are in harmony with their environment

Maintaining honesty, trust, and respect as the basis of our work

At the Snow Leopard Conservancy, our values are our guiding principles: integrity, creativity and passion, collaboration, and empowerment within our team and among our partners.

Our partners are diverse in race, gender, nationality, heritage, culture, and religious beliefs.  We embrace differences and unique contributions ensuring all voices are heard.

Today we focus on our community. We stand in solidarity with the black community against racial inequality and social injustices.

Photo: Claudio Augugliaro In 2017, a series of studies were undertaken by Conservancy partner Claudio Augugliaro and a team of conservation researchers to assess the conflict between herders and predators like snow leopards [...]

Snow leopard on the trail above Phoksundo Lake Congratulations to filmmaker Sonam Choekyi Lama and snow leopard researcher and conservationist Tshiring Lhamu Lama for the success of their short documentary film "The Snow [...] 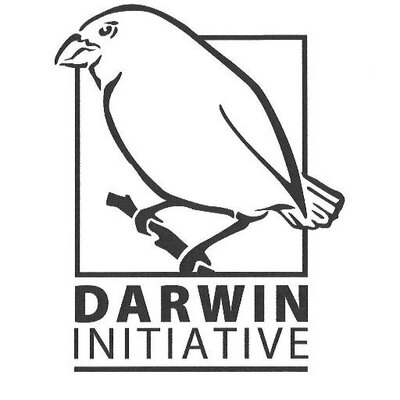