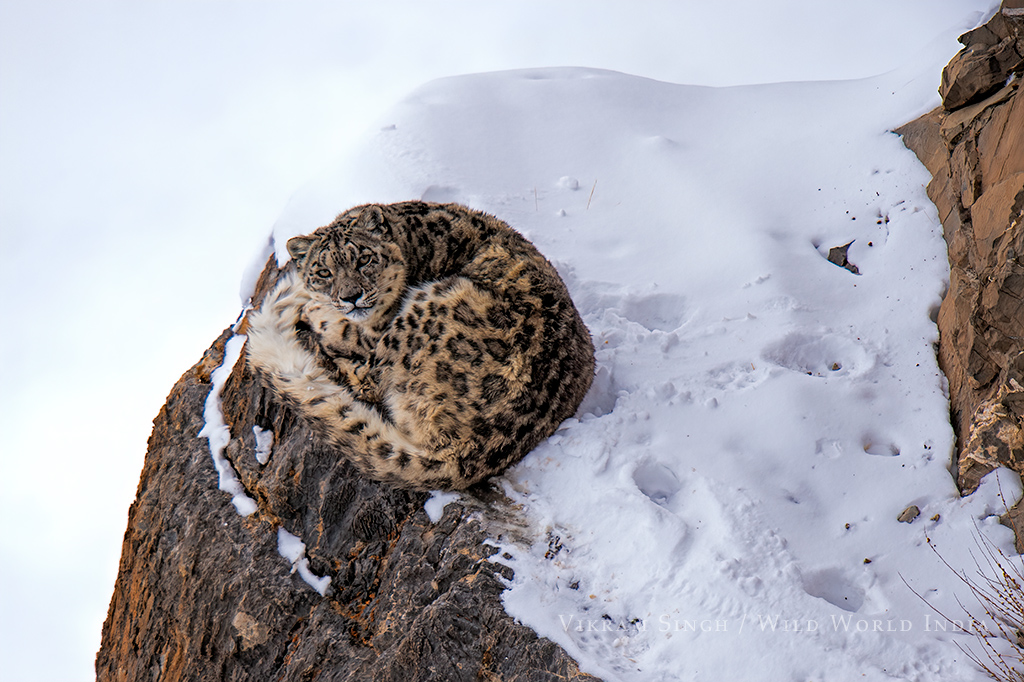 When you picture the CEO of a company, you think of a man or woman wearing a suit, seated behind an ornate wooden desk, where they spend their 9-to-5 day with only a window through which to view the world. But for Vikram Singh, the founder and “Chief Explorer” of Wild World India, other than the time he spends in his office in New Delhi developing the next amazing wildlife tour destination, his work takes him out into the natural world of the Himalayas, the Arctic, and the Pantanal of Brazil leading expeditions.

Wild World India specializes in creating customized wildlife tours and safaris to destinations throughout India to view large felid predators like snow leopards and tigers; to the Moremi Game Reserve of Botswana to view everything from lions, leopards, cheetahs, and African wild dogs to elephants, zebra, and giraffe; and to the Norwegian archipelago of Svalbard for a chance to experience the beauty of the Arctic and see polar bears and walrus.

Vikram has been leading tours since 2008. Over that time, Wild World India has conducted about 30 snow leopard expeditions, with Vikram leading half of them. He says that he has had four to five close encounters with the cats in the past. However, most of those were when they were observing a cat on a kill but never a mother with cubs until a recent expedition in January 2020.

He shared with us this wonderful experience of observing a mother snow leopard and her two 18-20 month-old cubs: 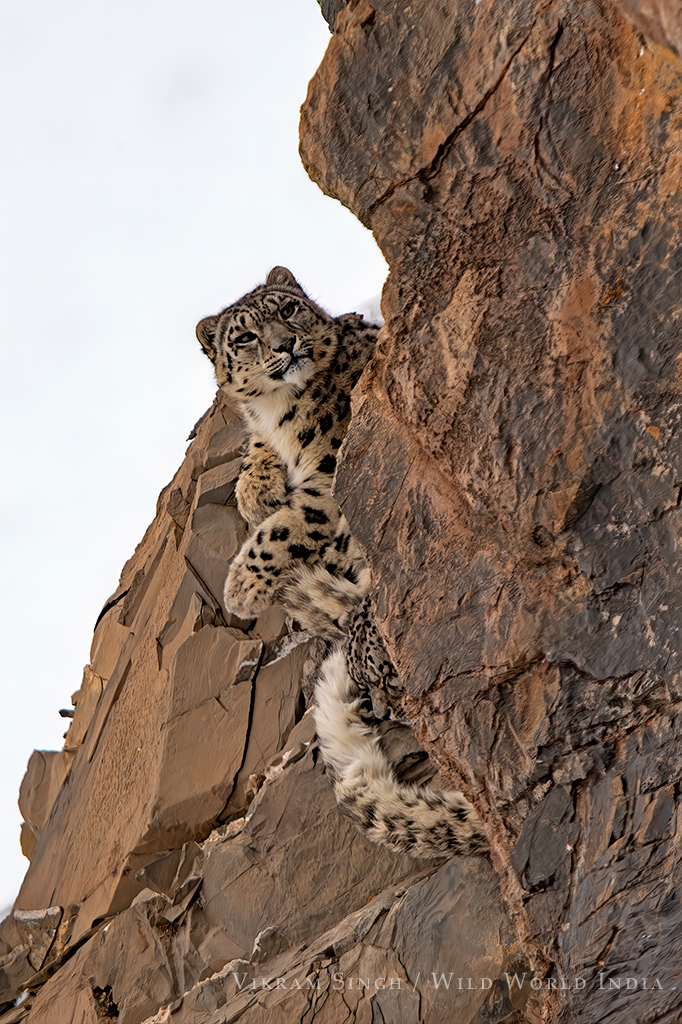 On our first morning at Spiti, while I was waiting for our car to get snow chains fitted on the tires, I got news that one of the local drivers saw an animal cross the road and go down the mountain slope. I took a chance and upon reaching the site scanned for about 30 minutes before I spotted the family about 300 meters below the road. They had just settled on a cliff, down the mountain slope, with the Spiti river and the open valley about 500 meters below them. After taking a few initial pictures, I approached them closely and walked down a ridge to the edge. I positioned myself at a distance of less than 100 meters on a ridge above them. I had to clear a patch of snow and settled down there as quietly as I could so as not to disturb them as they were clearly aware of my presence. I then took these pictures over a period of six hours, which involved a lot of waiting as these cats were resting.  The day temperatures in Spiti would have been anywhere between -15 to -20 degrees Celsius and at night could drop to – 33 degrees. The main challenge for me was sitting at the edge of the mountain, with not a lot of room to move, in the freezing cold with the icy wind blowing.

During the six hours that I spent photographing the cats, the mother slept through most of it. The cubs were more restless and would take turns to get up and move every now and then. They would walk vertically down from the broken rocks where they rested and then walk on a rock face in my direction just below me. Besides me and the cats, there were some snow pigeons perched between the two of us which would also attract their attention. Fascinated, the cubs would walk straight towards the pigeons and me, then change direction when they got too close. I was sitting behind my large camera bag, with about a meter of snow all around. I sat as still as I could for the time I was there. At no point was I afraid of the cats, I just didn’t want them to be disturbed and leave. The sign that the mother slept peacefully close by, opening her eyes every once in a while to look at me, was an indicator that they did not feel threatened in my presence.

Vikram talked about the threats to snow leopards and the success of local conservation efforts:

One of the major local threats to snow leopards in this part of the Indian Himalayas is retaliatory killing by local farmers whenever the cats kill domestic livestock. This has now been greatly reduced due to the conservation efforts of non-profit organizations and the Forest Department, which provides compensation and helps build more effective corrals to keep the predators out. Also, the growth in ecotourism to remote places has brought additional income to the locals, which has further helped in the conservation efforts. Local community members in some of the prime snow leopard habitats provide home-stay accommodations to wildlife visitors and others work as spotters and trackers.

The Conservancy would like to thank Wild World India and Vikram Singh for helping the snow leopard to survive through ecotourism initiatives that economically benefit the local communities, create awareness about this ecologically important big cat, and change the local people’s perception of the snow leopard from something that is detrimental to one that is beneficial for the community.

Photographs are courtesy of Vikram Singh and Wild World India.