Elders and Youth for Conservation of the Snow Leopard in Kyrgyzstan 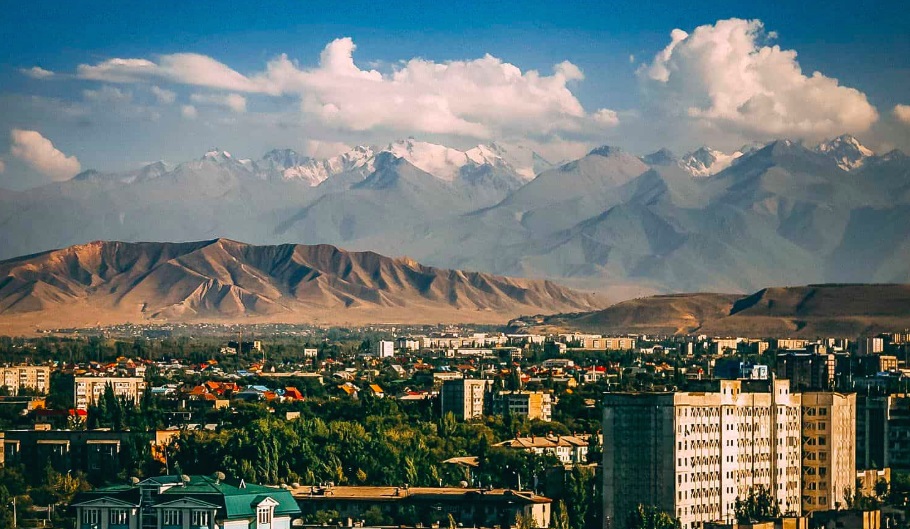 Beyond Bishkek, (above) most of Kyrgystan’s people live in villages within the Tian Shan Mountain range. Traditionally Kyrgyz villagers would have turned to their respected elders when a problem arose. There were Aksakals (councils of men) and Baybiche (wise grandmothers) who could solve any issue.

As with many indigenous societies, the past few decades of globalization have led to rapid cultural change in Kyrgyzstan and the loss of traditional knowledge. Modern society increasingly recognizes this loss as a contributing factor in environmental degradation. Still, as far as we know, there has never been an effort until now, led by indigenous Kyrgyz cultural practitioners, aimed at giving young people first-hand insights into their ancestral traditions and practices, with particular emphasis on protection of ​​snow leopards and their habitat. 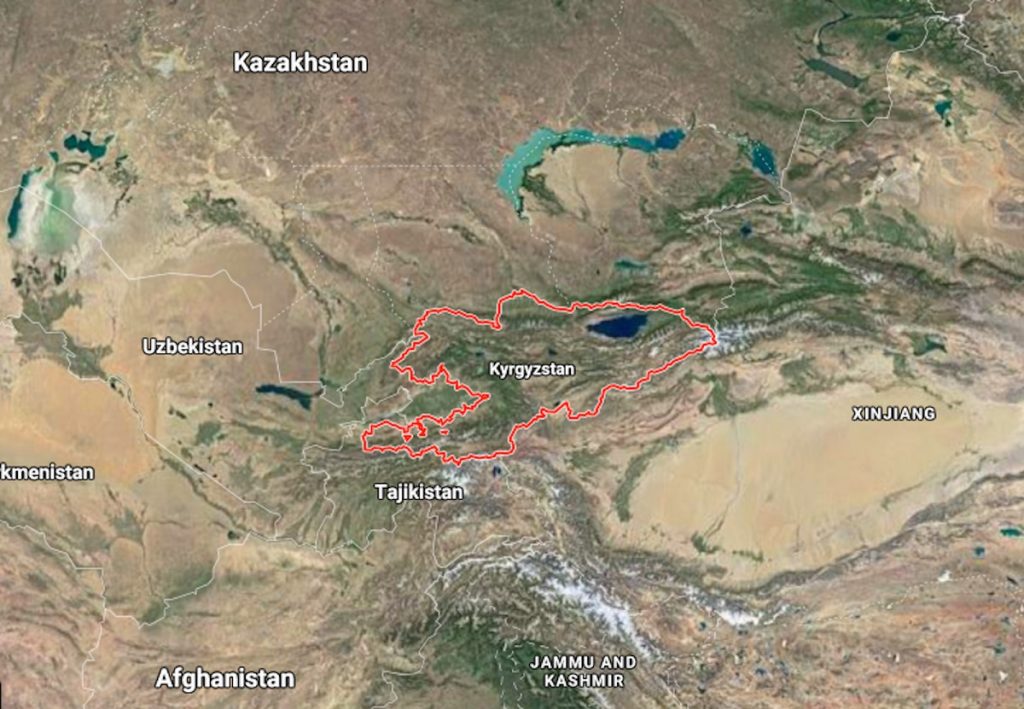 Zhaparkul (pronounced Ja-par-kul) Raimbekov is a founding member of the Land of Snow Leopard Network (LOSL). He is Guardian of Arashan Sacred Site and Giver of Blessings throughout his community. As such, he is one of the wise, respected indigenous elders and knowledge-keepers. Blessings were an important element in Kyrgyzstan’s traditional culture, and people still believe in their power. They can be given by any elder, but specialists like Zhaparkul are sought out for their wisdom and ability to bridge the present with the realm of the ancestors, and to relay with deep insight the blessings he receives. 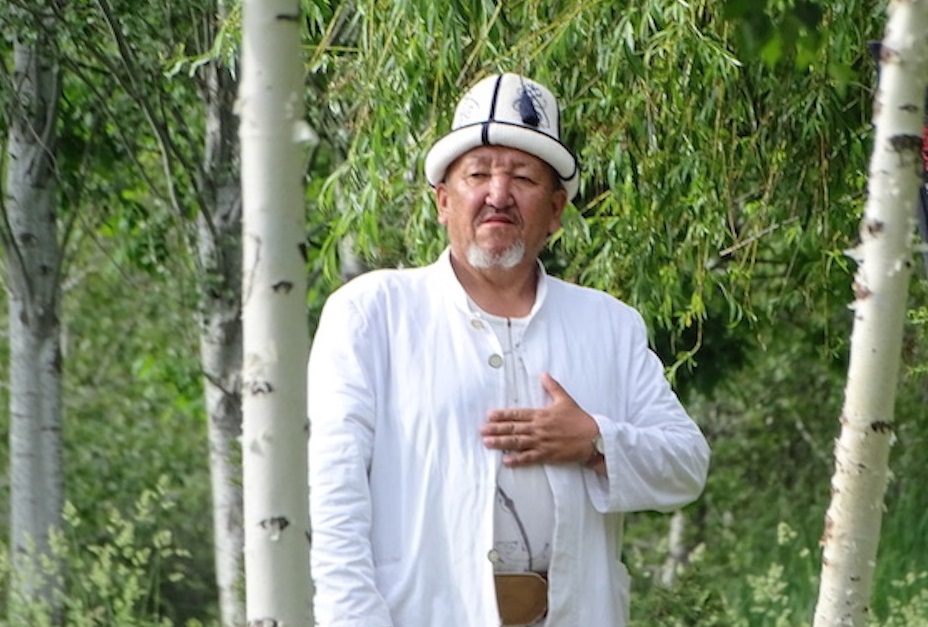 Elders and Youth for Conservation of the Snow Leopard was entirely Zhaparkul’s idea, proposed at our May, 2019, Land of Snow Leopard Network gathering, and subsequently funded by Snow Leopard Conservancy via LOSL. Zhaparkul brought together a team of cultural practitioners including a Manaschi (chanter of Kyrgyzstan’s ancient Manas legend), a local Komuzist (player of traditional musical instruments), an Umai Ene (guardian of women and children), a former mayor of Zhaparkul’s home town, and a representative of a local public heritage organization.

Together Zhaparkul and his team carried out a campaign to spread traditional knowledge of snow leopards and their habitat. The campaign ran from June through December 2019. We are grateful to LOSL member Kuluipa Akmatova, director of the Rural Development Fund (RDF), for her able interpretation of Zhaparkul’s detailed, eloquent, and often poetic account of the accomplishments of his team. In approving this blog and ensuring that I hadn’t misinterpreted any of Zhaparkul’s narrative, Kuluipa wanted us to know, “There are things that cannot be described in a report like this—our love for our sacred land, our culture and history, and the Snow Leopard.” 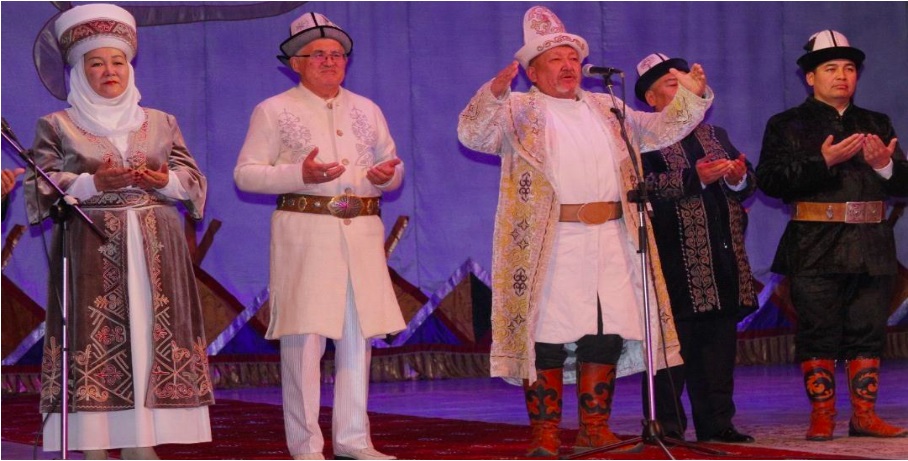 It was clear that the Aksakals and Baybiche craved this kind of information. We helped them recall their childhood, how they lived with their parents, and their attitude to nature in general. Also, this initiative served as a kind of motivation for the older generation, and our team helped them find the meaning of life in a slightly different light. After each event, they unanimously reported that they were ready to spread the idea of existence in harmony with nature through traditional knowledge. I hope they succeed.

For young people, these meetings were an excellent opportunity to build a relationship with the elder generation and learn about the customs, traditions, and principles that their ancestors adhered to. High school students got acquainted not only with the snow leopard as sacred animal but also the other flora and fauna in its habitat—animals and plants from the Red Book. This project also made clear to the younger generation the importance of respect for nature and its inhabitants. 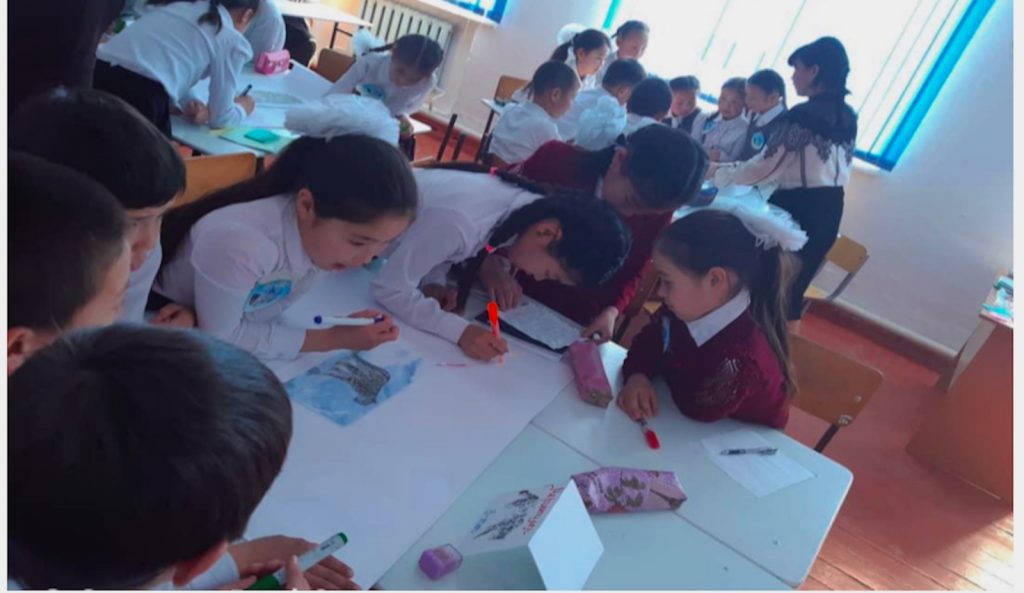 Middle and high school students in Kyrgyzstan were excited to learn from Zhaparkul and his team. 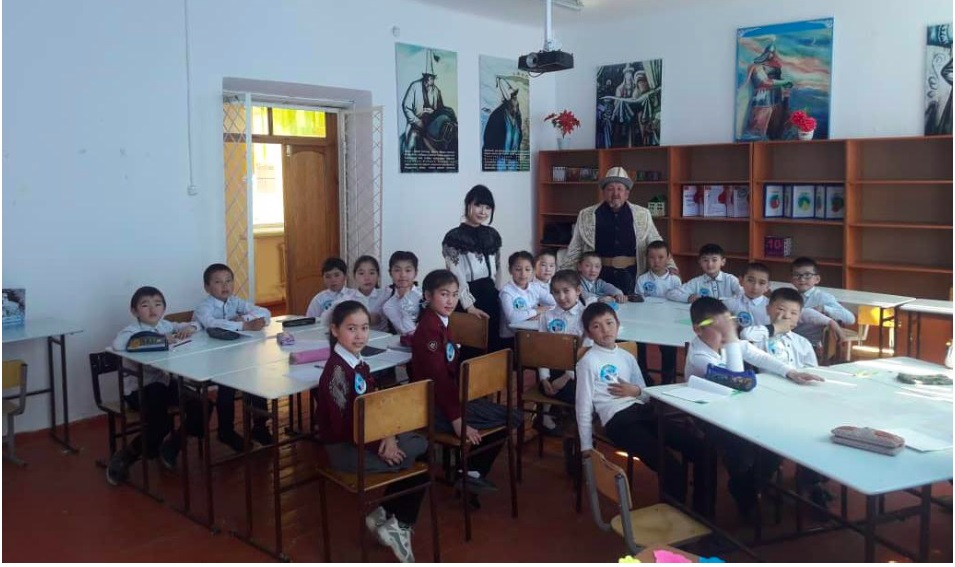 Typically at the end of a school presentation, the students asked for a blessing from Japarkul Ata (Ata is an honorific term meaning elder/father/grandfather), and they also expressed a desire to share what they learned with friends, relatives, and neighbors. 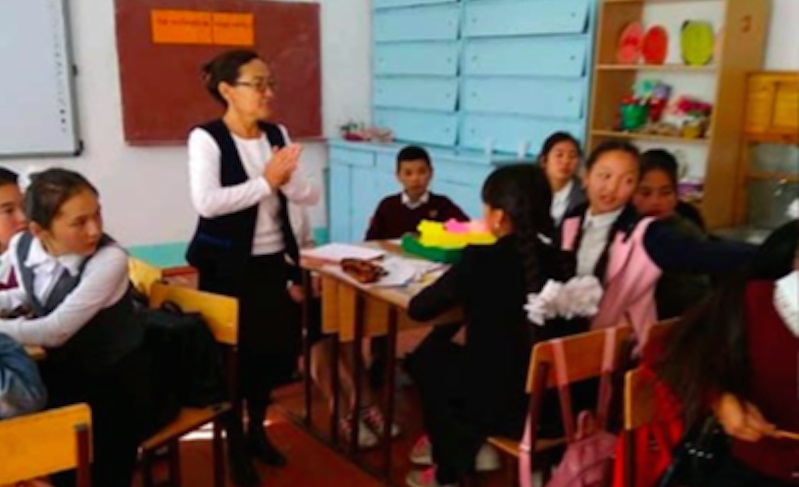 Secondary school teacher Rahima Orozalieva created an ecology corner where students can display crafts, drawings, and writings, particularly anything related to the sacred animal Snow Leopard and its habitat.

High school students said these meetings were very relevant for them because they learned about ecology, animals, and their own family roots.

This was a remarkable effort on Zhaparkul’s part—an elder unaccustomed to working under a Western grant but with a clear vision of what he wanted to accomplish. We at the Conservancy felt confident in his ability to complete the program because of the seven years we have worked with him through LOSL and the trust we have built. We will continue to monitor outcomes, and we hope to provide funding to expand the program when conditions allow.

We would like to thank the Elders and Youth for Conservation team for their photos.

Many of our Bay Area-based Snow Leopard Conservancy supporters met Maria Azhunova, Director-elect of LOSL, when she spoke at our 2019 fundraiser in San Francisco. Maria also read this blog prior to publication. She had a similar comment to Kuluipa’s. “Sometimes words cannot describe all the hard work for the benefit of Snow Leopard and people of Kyrgyzstan; I am sure that supporters of SLC and LOSL will not only learn about the fantastic work with their minds but with their hearts, too, especially at this difficult time when the entire world is facing COVID-19.”

Our LOSL colleagues are following the guidelines for avoiding this virus, and so far we have no cases in our Network. We will continue to hold everyone dearly in our thoughts and prayers.