Celebrating the Snow Leopard in Tajikistan

In August 2019, in the mountain village of Alichur, Tajikistan, a Wildlife Festival dedicated to the snow leopard took place. Representatives from across the Gorno-Badakhshan Mountain area attended as well as representatives from other regions. Among the approximately 5,000 spectators were members of the Land of the Snow Leopard Network (LOSL), who had traveled from Krygyzstan, France, and the Altai Republic of Russia to attend the festival as guests of the head of the Kuhhoi Pomir Public Association, Kurboniddin Almshoev, also a LOSL member.

Badakhshan Mountain is known for its beautiful landscapes and high mountain passes as well as a diversity of rare and ecologically important wildlife. The Pamir people who call this area home are herders, raising yaks, goats, and sheep. They are also active stewards in protecting the native wildlife such as the snow leopard, known in Tajikistan as ozodopalang. 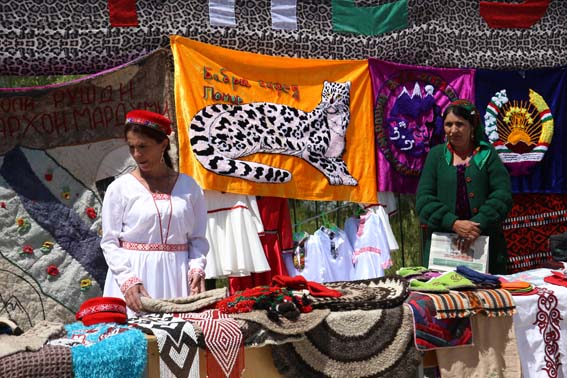 The Wildlife Festival opened with a presentation of a snow leopard monument, followed by a performance of the play “Silk Road.” Activities included a yak race, riders’ games, special music, and dances. There were colorfully decorated tables laden with foods representing the local cuisine and others holding items for sale made by local artisans. The festival celebrated not only the iconic snow leopard but the interconnectedness of human culture with nature. 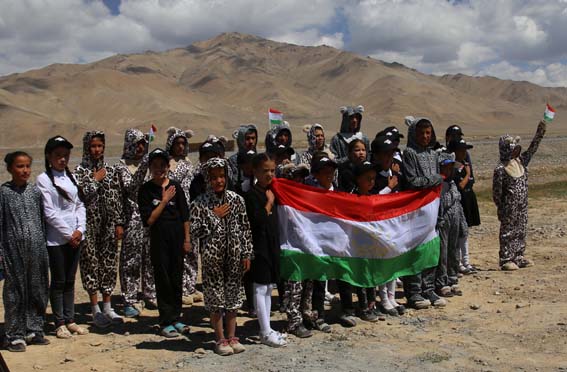 At the close of the day, the members of the LOSL network visited a rehabilitation facility where a snow leopard, injured by a trap and subsquently tended to by surgeons from Moscow, now lives. Due to its injuries, part of its paw required amputation, prohibiting it from ever returning to the wild. The facility where it resides is closed to the public, but members observed that the cat is well fed and well cared for.

Through local conservation efforts such as educational festivals which raise awareness about this imperiled yet important species, hopefully one day, snow leopards will no longer face the threat of traps and snares.

You can read more about the festival here.
Source material and photos courtesy of Golden Feather of Altai.
By slcadmin|2019-09-25T16:59:46-05:00September 17th, 2019|Blog, News|Comments Off on Celebrating the Snow Leopard in Tajikistan