Looking for the Snow Leopard 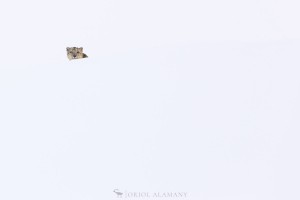 Wildlife photographer and biologist, Oriol Alamany and his wife and expedition partner, Eulàlia Vicens share news of their most recent photographic expedition to the Himalayas in 2019.

“This was our third winter trip to the Himalayas looking for the Snow Leopard. Unlike the previous two years, there was a lot more snow this season, and there were more avalanches on the road. We suffered several breakdowns of our cars during the days on the access route, and the governments of India and Pakistan were in full and worrying military escalation. Spotting the snow leopard is never easy in these Asian countries.

Happily, Eulàlia Vicens and I already have the knowledge of previous trips, and we have learned to accept the incidents that always arise in an adventure of this kind. We were both fully determined to complete our photographic work on this big cat so that upon our return we could tell its story to the European public and make them aware of the need for its conservation. 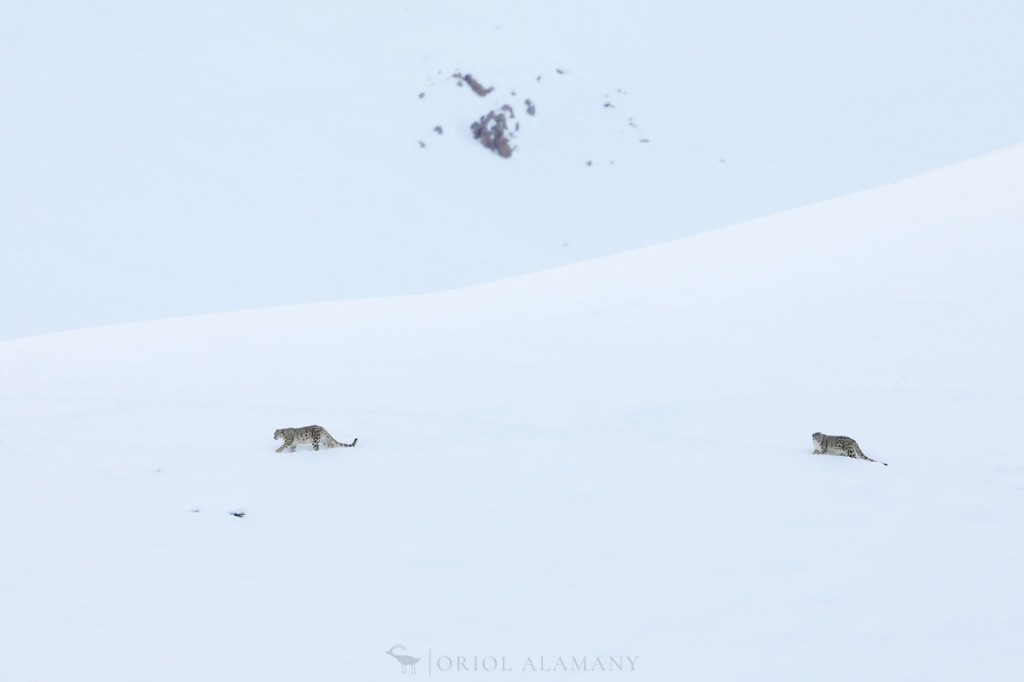 Upon reaching our destination, a village at more than 4000 meters high near the border of India with Tibet, we were surprised by the occurrence of new homesteads and the presence of some photographers and wildlife watchers. When we came here for the first time two years ago, we were alone, but now tourism is also arriving to these remote areas. More people behind the snow leopard means more jobs and income for the local population, which makes them more respectful to the predator. 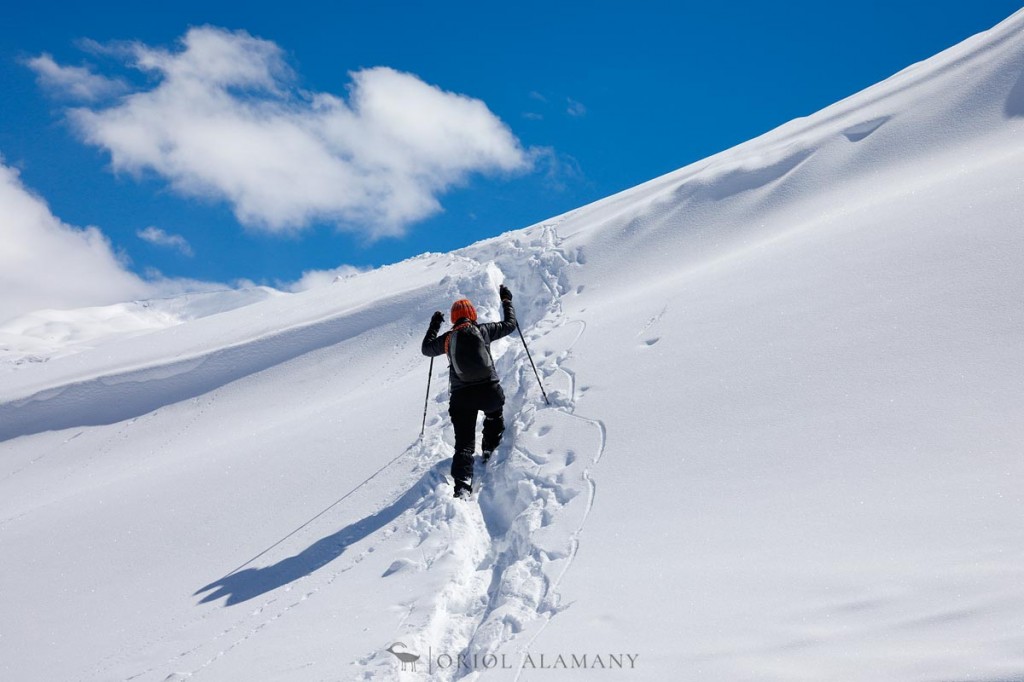 This winter we walked a lot on deep snow and waited for hours and hours in the cold but also enjoyed nothing less than eight sightings, some very good ones and some extremely short or far away. Four of them were of a female with her two young that we already knew from the previous winter. It was comforting to see the juveniles healthy and already grown a year later, playing in the deep snow, climbing cliffs, browsing everywhere, learning the importance of territorial marking … 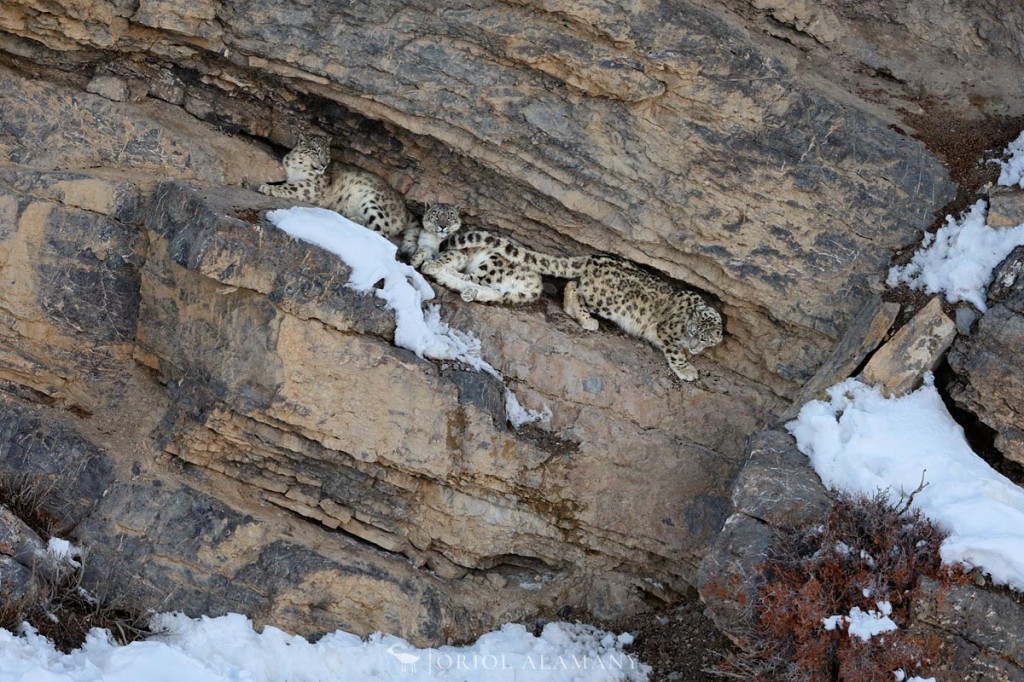 As in previous years, Eulàlia and I, with the help of our usual local experts, did our photographic work under the premise of minimal disturbance, using powerful telephoto lenses and keeping a careful distance. We do not want to disturb the snow leopards, interfering the least with their natural behavior, a problem that can arise if in the future the number of visitors grows too much.

Observing these animals in the wild, in the immensity of the Himalaya snowy mountains, is a privilege that both of us will never forget. We hope now our images can contribute to knowledge of the snow leopard and help to protect them.”
Oriol Alamany & Eulàlia Vicens

All photographs are courtesy of Oriol Alamany You can learn more about his photography on his website.