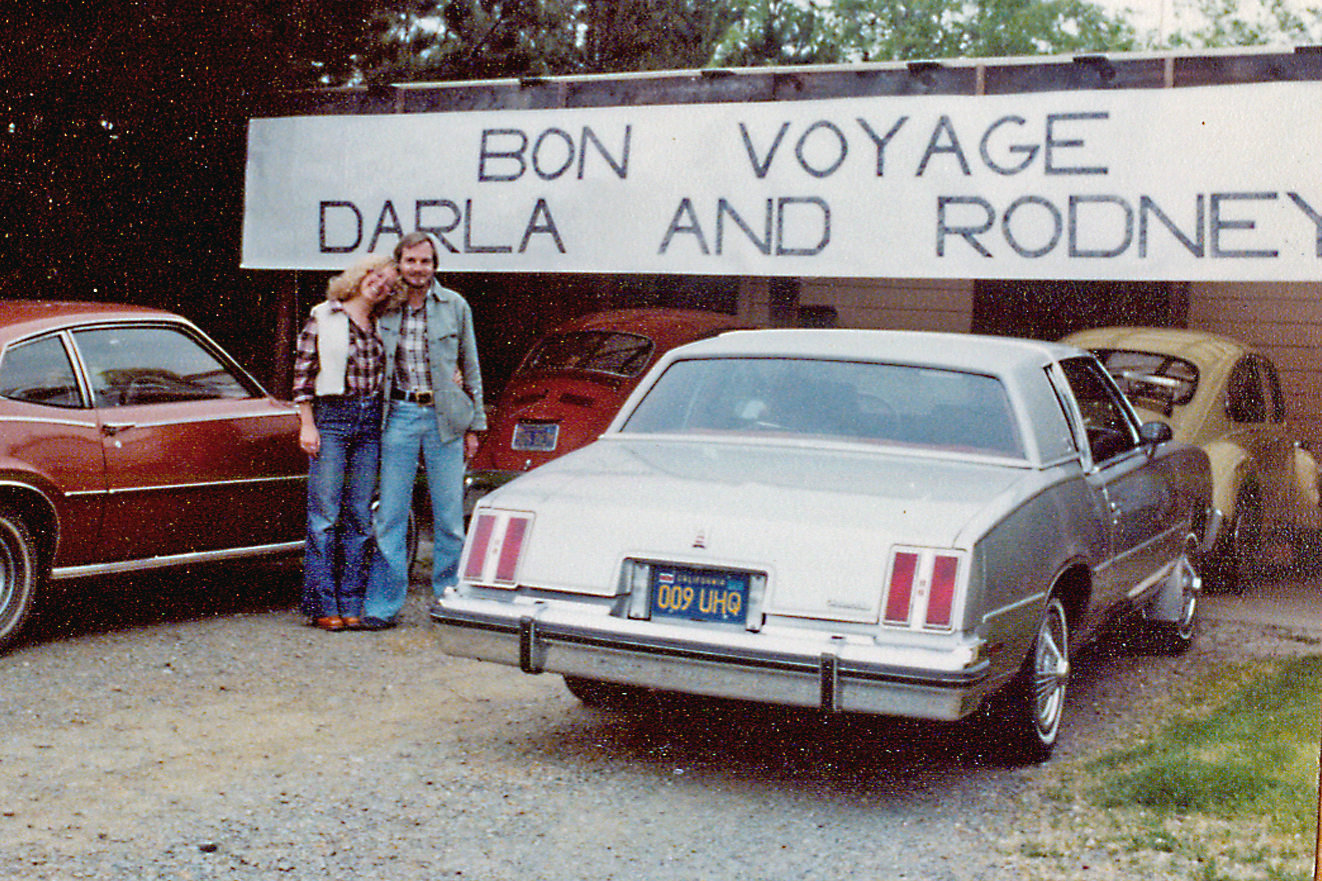 Back in the 1980s, after Rodney won the Rolex Award—which funded the first radio-tracking study of snow leopards—we traveled back & forth between California and Nepal several times a year.  We would spend up to eight  months at a time in our remote Himalayan camp, coming home during the summer monsoon season.

My family liked to give us Bon Voyage and Welcome Home parties.  The Welcome Home photos show that we lost a lot of weight in the field, climbing around at 12,000 feet and more without a fridge to store ice cream, or a corner store for potato chips.  But by the time we got to the Bon Voyage party we’d have had a few weeks to fatten up and get excited about heading back to the amazing people and wildlife of the high Himalayas. 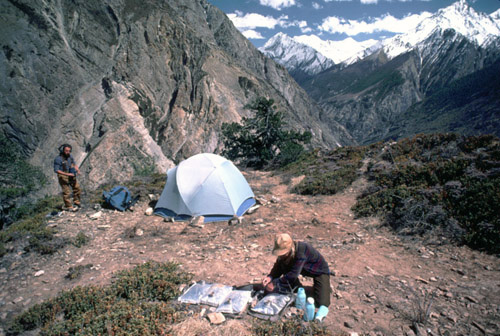 We had set up tracking camps in our study area, a thousand or more feet above our base camp, so we could follow the radio-collared cats. There were no helpers in these camps, so we needed a selection of lightweight, fast-cooking meals that could be cooked in one pot.

During the summer breaks, our friends would come over for “packing parties,” to help us put these meals together for an entire field season. This was before ziplock bags were invented (or satellite tracking devices or fax machines).

At one end of the table friends took up quart-size plastic bags, scooped a cup of  granola from the 50-lb bag, poured it in and passed the bag down to the other end of the table.  Those friends measured powdered milk into baby bottle liners;  one portion into each bag of granola.  The last group bunched up the top of the bag, sucked out the air and tied it up with a rubber band. We also made up pancake mix and syrup (with the help of a Seal-a-Meal) and several varieties of hot instant cereal. 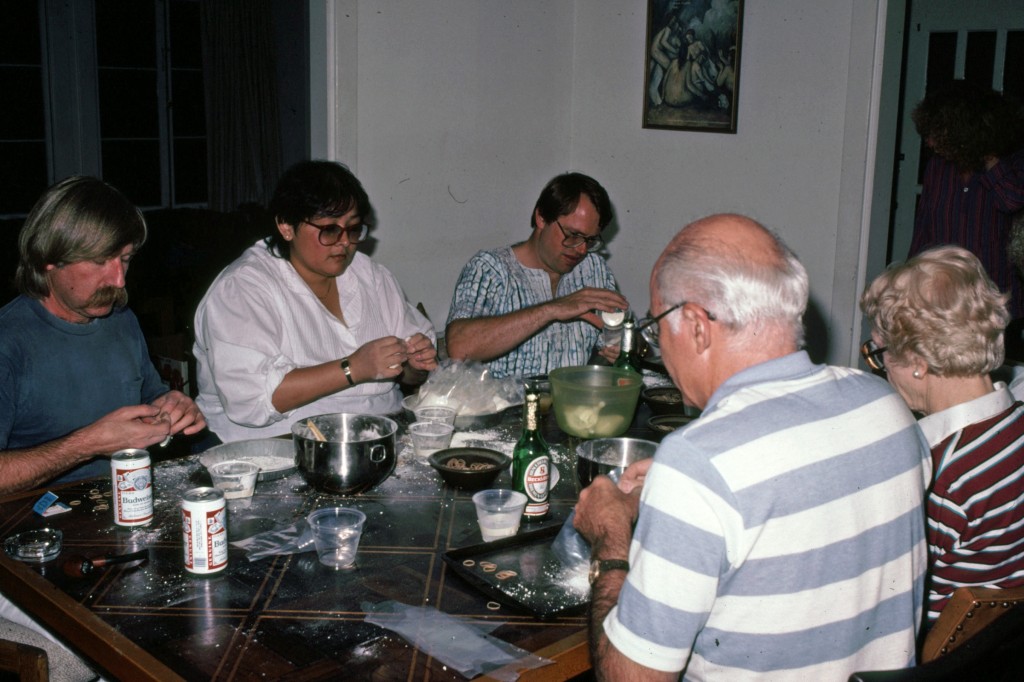 Someone asked what the big bag of dog food in the corner was for.  “That’s not dog food,” we said. “It’s soy protein, beef flavor. It goes with the spaghetti dinners. We’ll do those next.”  Dinners were mostly variations on a theme of pasta, using packaged sauce mixes, the soy meat substitute, spices, and grated parmesan cheese. 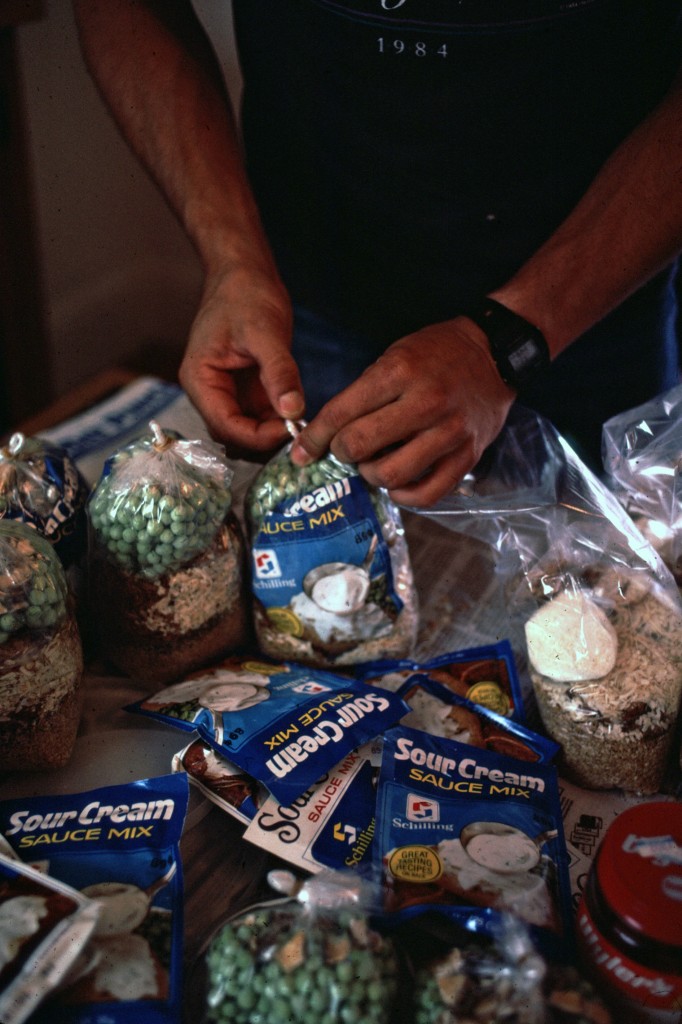 We knew these packing parties were a labor of love, but we never saw our friends sneaking into the back room and typing up individual “granola fortunes” and “pasta proverbs.” Much later, sitting on a mountaintop, we would pour out the cereal or open the chili-macaroni to find a little scrap of paper that said, “Who needs Hawaii when you’ve got the Himalayas?” or “Look forward to another morning stretch workout!” As yet no one has admitted to typing “Cabernet Sauvignon would be a perfect complement to this meal.” 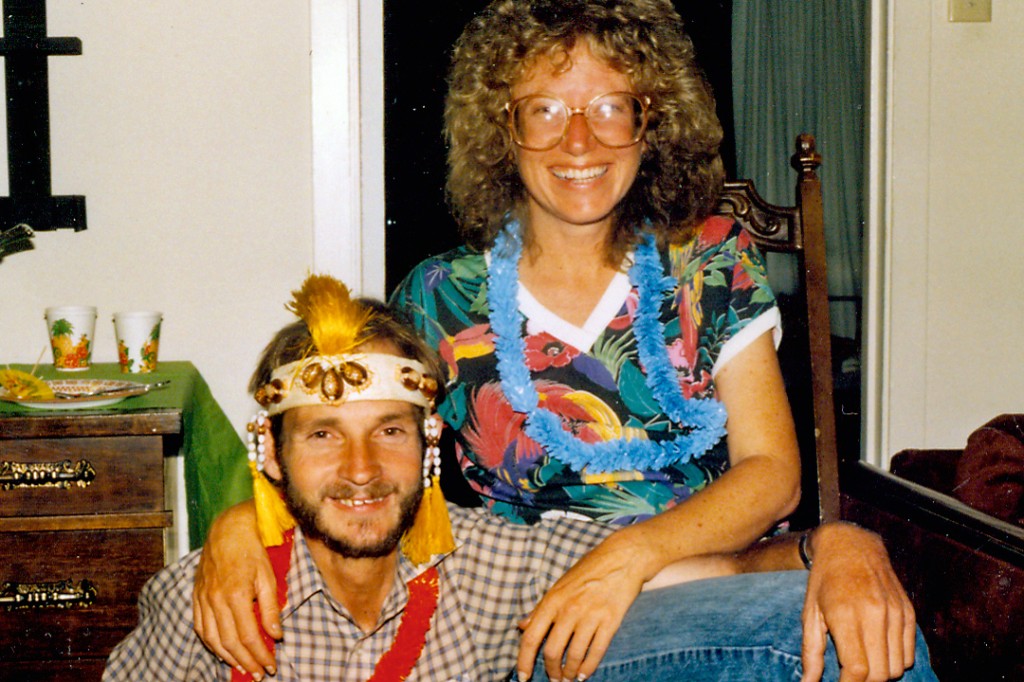 If you’d like to read more “behinds the scenes” stories about the project that was supposed to last one season but occupied four years of our lives and led to the founding of the Snow Leopard Conservancy, visit Smashwords.com and use the code PC54C to order a half-price e-version of Vanishing Tracks: Four Years Among the Snow Leopards of Nepal.