Viewpoint From a Nepali Herder 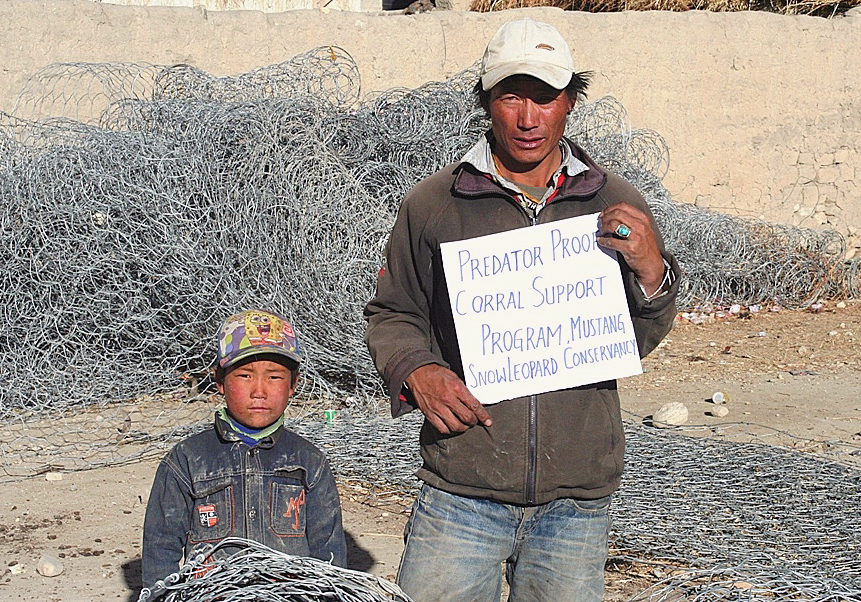 Lhakpa Gurung and his son near materials for predator proofing corrals (photo: SLC/NTNC)

Lhakpa Gurung, a local herder from a remote Samdzong village in  Mustang, owns 400 sheep and goats, 4 horses and 5 cows. “Snow lepard makes us poor people even poorer,” he complains.  “It  massacres our sheep and goats when it manages to enter our livestock corral.”

Two years ago, Snow Leopard Conservancy, in partnership with Annaurna Conservation Area Project, supported Lhakpa’s family and others by predator proofing a corral in Seterah Pasture where they keep their livestock during winter months. Six  herding families graze their several hundred livestock on this rich foraging ground.  At night they usher them into three corrals, including the predator-proofed one. “We have lost not a single animal to predator since the corral was improved,” Lhkapa admits happily.  Pointing to his sheep and goats he says, “Look, this is the only property I own.  When a snow leopard kills one of them, I become very sad and at times I get mad.  It’s natural to get angry when you are robbed of your property. I felt like killing all cats. But now my livestock are safe in this improved predator proof corral.” 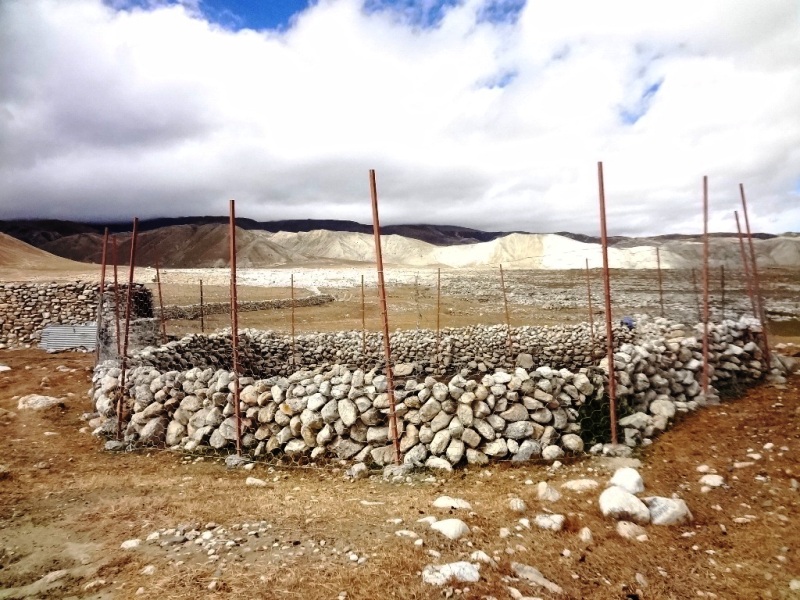 Because of climate change, Samdzong has water shortage as the water sources are receeding and drying away. As agriculture is becoming almost impossible,  more and more people are becoming dependent on animal herding.  These herders’, including Lhakpa, only source of income depends fully on animal husbandary. The money Lhakpa earns from selling his sheep and goats enables him to buy necessities for his family and send his children to school.

Lhakpa’s life represents the woeful harshness of alpine herding life of families who reside in remote lands away from modern facilities.  Snow leopard raiding their livestock is an additonal sorrow.  But today, with the improved predator proof corral, he is quite content, and assures us, “I am happy to help conserve snow leopard and inform the authority of poachers in case they lurk by.”