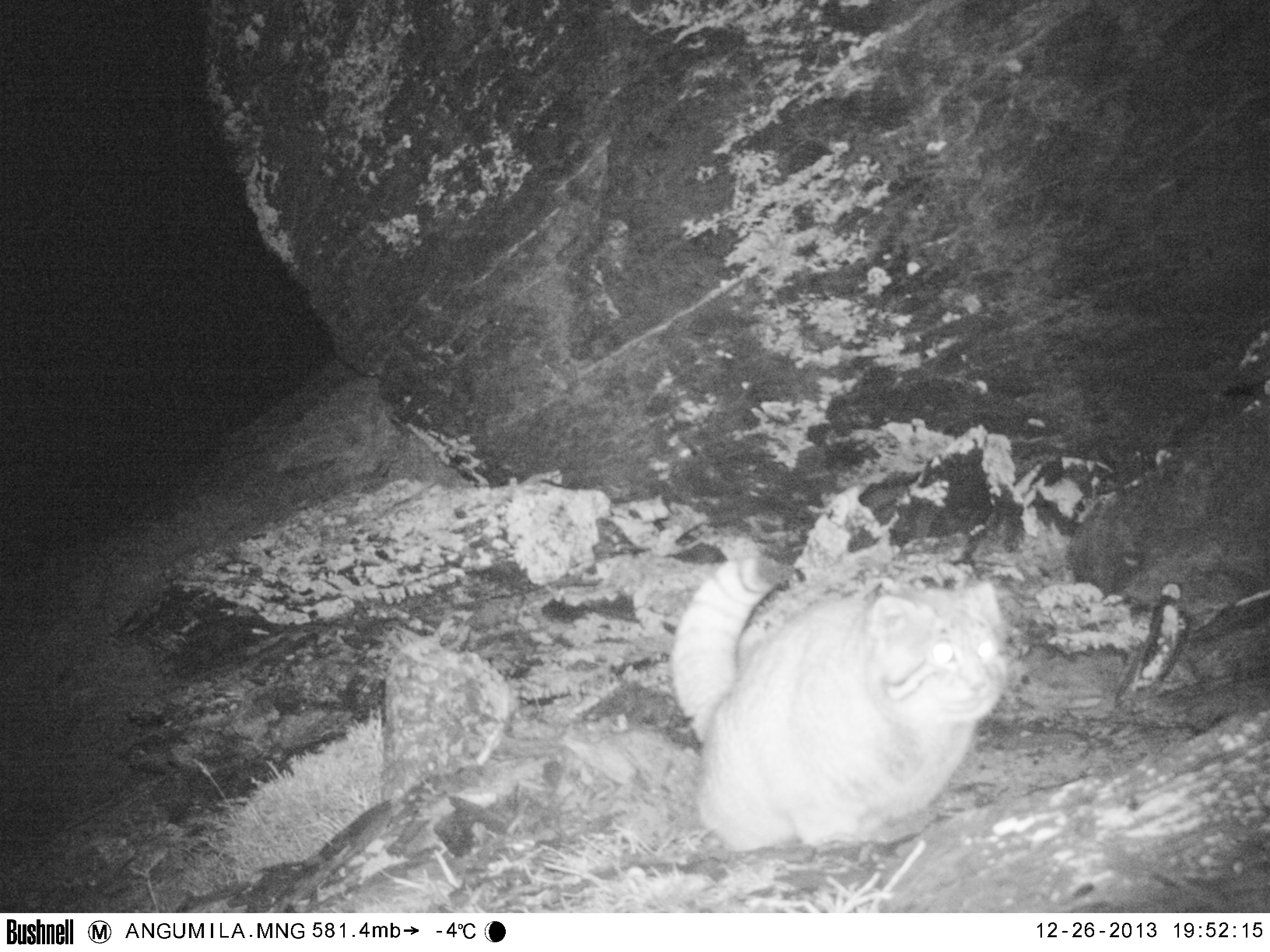 Exciting camera trap images from our Nepal team shows Pallas’ cats, otherwise known as Manul, are living in Nepal!  Even though they live in grassland and mountain steppe areas throughout Asia, until these images were taken, presence of the Pallas’ cat in Nepal was never suspected or even thought about.  In fact, there isn’t even a Nepali word for this species of cat.

When Snow Leopard Conservancy program coordinator, Bikram Shrestha, discovered the images on camera traps that were set to capture data on snow leopards he was unsure what the strange cat was.  With the input of small cat specialists Angie Appel, Jim Sanderson and Professor Karan Shah of Nepal’s Natural History Museum confirmation was made that it was a Pallas’ cat.

An excerpt from Bikram’s report:

Among eleven camera-trap locations, cameras installed in Aangumie Lapche and Praken, both locations above the main village of Manang, captured images of the Pallas’ cat.  A total of 14 pictures were taken: 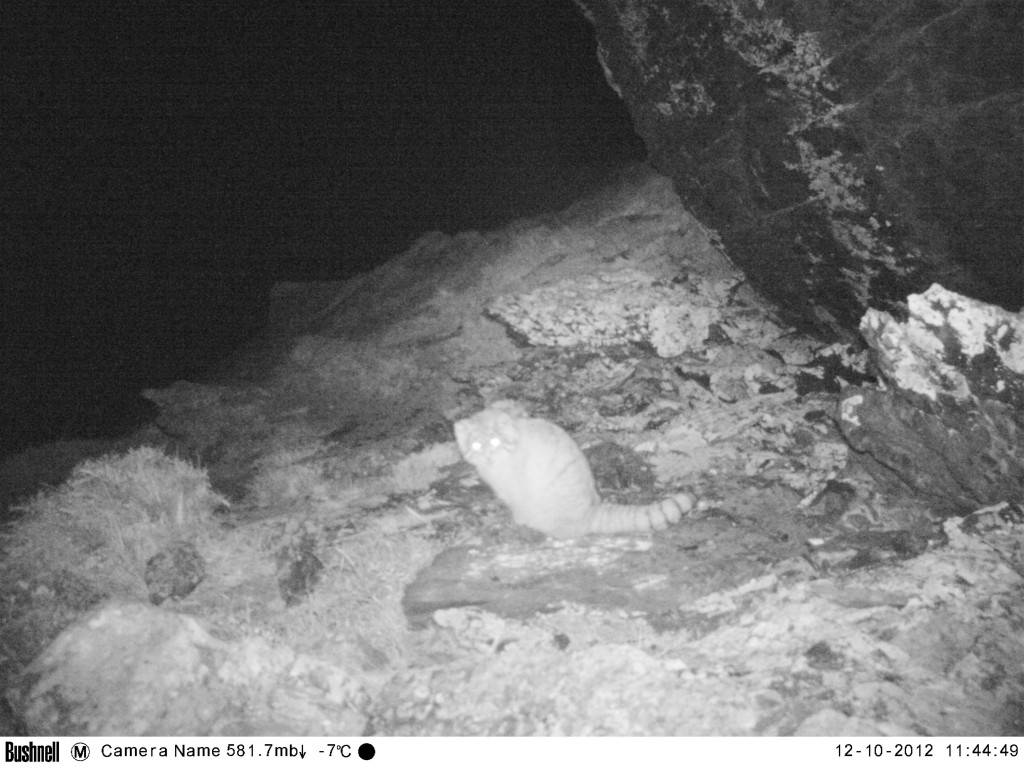 An excerpt from Bikram Shrestha’s Diary:

On 19 September 2012, I reached remote Manang,a four-day walk from the nearest motorable road. As the SLC’s coordinator of the Snow Lepard Scouts and  Science program, I led twelve students on a trek to Yak Kharka — some four hours walk from Manang village.  We stayed two days there and students learned about snow leopard habitat, its prey species and camera trap technique. After that, I set up 5 camera traps in the area of Ladar, Yak Kharka, Manang and Aangumie Lapche with local assistant Tashi R. Ghale who was then responsible for monitoring the camera until December.

I received the camera trap data in November 2013 to analyze and send to Snow Leopard Conservancy-USA. The camera trap from Aangumie Lapche captured the strange species. I was surprised because it was the small size of a snow leopard cub. But no adult snow leopard was captured with it. It was also not similar to other small mammals like the leopard cat and lynx which were recorded in ACAP, so these images continued to confuse me. I sent the report to Dr. Som Ale on 26 November 2013 and our team continued studying all images in attmepts to identify the species.

I had conducted the similar snow leopard environmental awareness camp in Manang in 25-28 September 2013. This time I, along with Sudip Adkikari, Officer In-Charge at NTNC/ACAP, his team, and again, local assistant Tashi R. Ghale, installed 11 camera traps, in Ledar, Yak Kharka, Kerken-Manang, Tilicho, Praken-Manang and Aangumie Lapche  to learn more about snow leopard and the strange unknown cat species. On 29 December 2013, Tashi R. Ghale informed me the camera trap installed at the same place in Aangumie Lapche again captured the strange cat. I was elated to know this news. He sent me six full images and I sent them to experts to identify.  The experts of small cat species Jim Sanderson and Angie Appel, and Biologist Prof Karan Shah confirmed it was Pallas’s cat, which is the first record of them in Nepal.

SLC-Nepal and NTNC/ACAP conducted a press conference to officially announce the identified Pallas’s cat–a new species to record in  Nepal– on 12 February 2014.