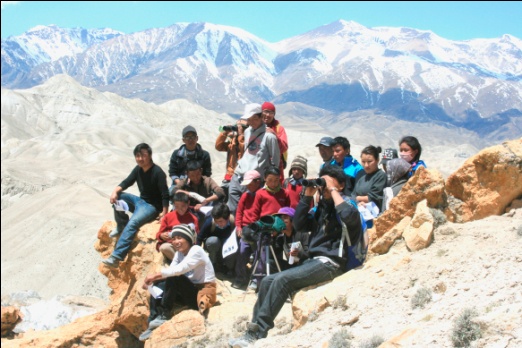 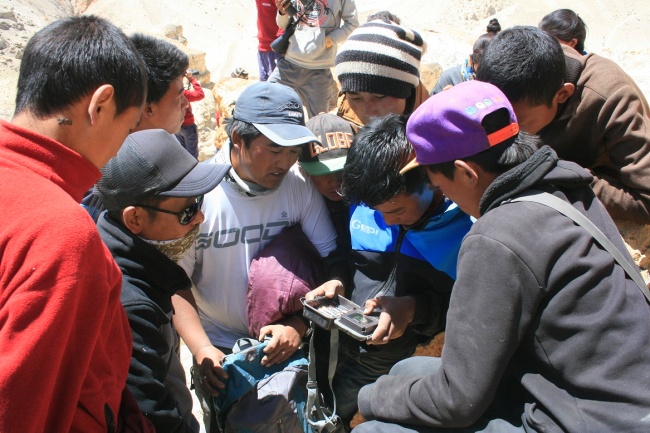 Preparing a camera trap for set-up 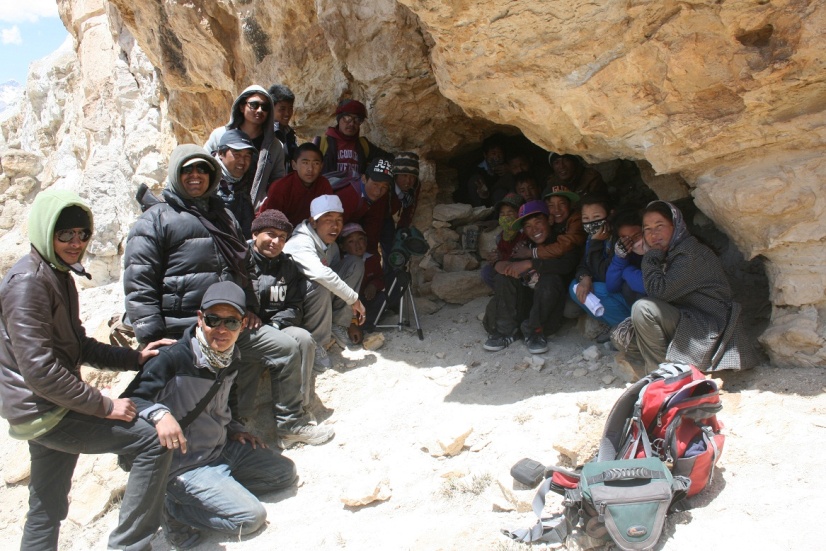 In Upper Mustang snow leopard habitat Bikram Shrestha and Pema Tshering coordinated local herders and students to install five camera traps at sites in different sites in Samdzong, Sakawo (Lomanthang) and Marang. In 2012, one female snow leopard with two cubs were captured in Sawawo, while the camera in Samdzong also captured one image (although barely clear). It was interesting to note the interest and enthusiasm among students to monitor the female with cubs in Sakawo. SLC-Nepal program will help students achieve the snow leopard monitoring for years. 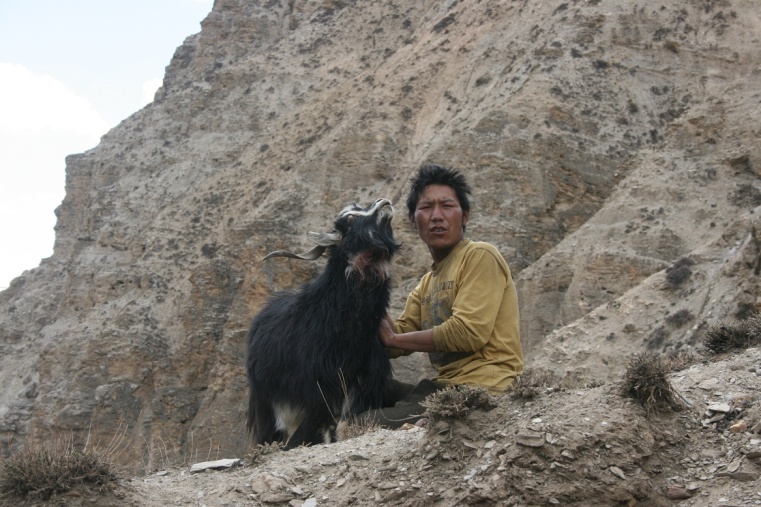 Local herder with a goat 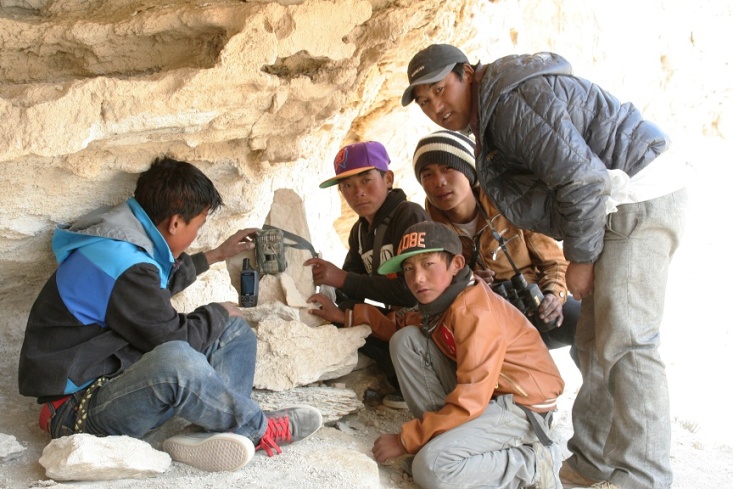