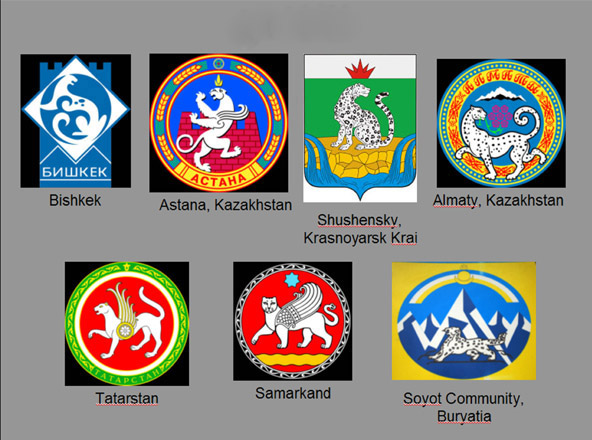 Snow Leopard is symbolized on many Central Asian coats of arms

A great deal of research and thinking has gone into the theory and practice of integrating Western and Indigenous conservation science. There is a growing recognition that cultural and biological diversity are deeply linked and that conservation programs should take into account the ethical, cultural and spiritual values of nature. The framework for this creative merger is provided for in the United Nations’ Brundtland Report and Agenda 21 of the World Summit on Sustainable Development. Links to the above and other resources can be found at the end of this page. 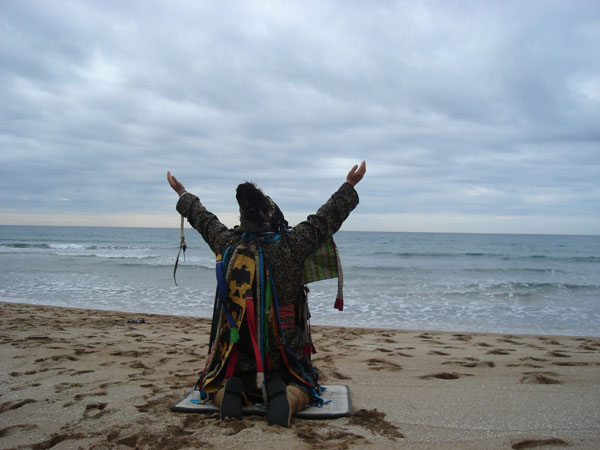 Since 2010, the Conservancy has been partnering with the Worldwide Indigenous Science Network (www.wisn.org) to form a network of cultural practitioners who live and work in

In 2012, the government of Kyrgyzstan spearheaded an effort to begin developing a range-wide strategy for snow leopard conservation, based on plans created by the individual snow leopard range countries. The initial workshop was facilitated by the World Bank, the United Nations’ Global Environment Facility (GEF), Snow Leopard Network and others. This high-level work-shop was attended by Western snow leopard experts as well as government representatives. The goal was to obtain buy-in and commitments from all twelve range country governments.

This effort presented the first-ever opportunity to involve indigenous cultural practitioners in government level planning for conservation action in and outside of sacred sites where snow leopard and other sacred species are venerated as sources of spiritual power, wisdom and inspiration. But the Conservancy also realized that for this to happen, it would be necessary to make a strong call for local representation, and for a formalized method for such inclusion. We may never again see such a clear and necessary opportunity to hear the indigenous voice. 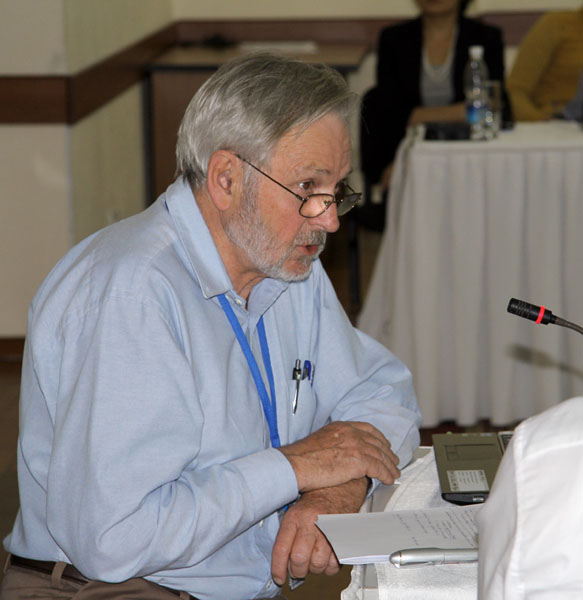 We are continuing to work to create a vehicle for inclusion of indigenous cultural practitioners in the individual country plans that will feed into the larger initiative.

Snow Leopard Conservancy is a member of ISE, an organization committed to understanding the complex relationships between human societies and their environments and recognizing that traditional knowledge holders are vital to our success. Ethnobiologists acknowledge that of biocultural diversity.

The Conservancy has committed to uphold the ISE Code of Ethics, which acknowledges that biological and cultural harms have resulted from research undertaken without the consent of Indigenous peoples. It affirms the commitment of the ISE to work collaboratively, in ways that: support community-driven development of Indigenous peoples’ cultures and languages; acknowledge Indigenous cultural and intellectual property rights; protect the inextricable linkages between cultural, linguistic and biological diversity; and contribute to positive, beneficial and harmonious relationships in the field of ethnobiology. 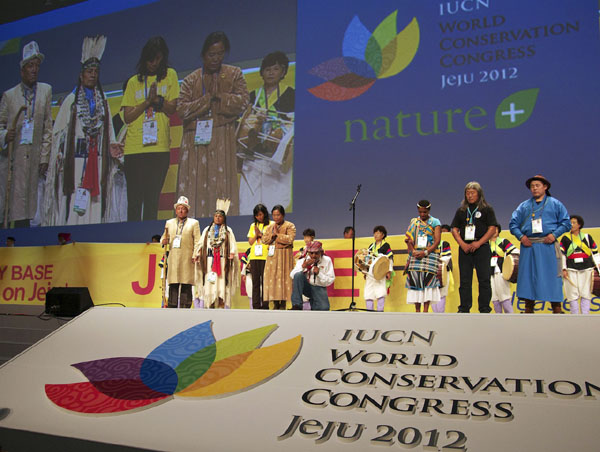 Motion passed at IUCN World Conservation Congress 2012:
Sacred Natural Sites – Support for Custodian Protocols and Customary Laws in the Face of Global Threats and Challenges. The motion was drafted by Sacred Lands Film Project’s Christopher McLeod, along with Rob Wild and Bas Verschuuren of the Sacred Natural Sites Initiative, Liz Hosken of the Gaia Foundation and Gleb Raygorodetsky of the United Nations University.