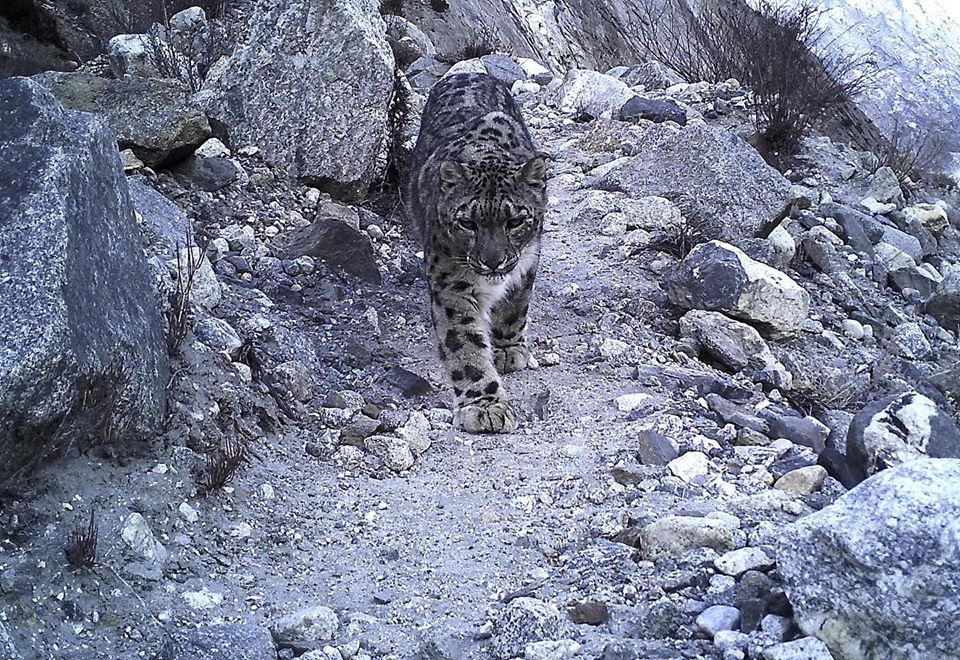 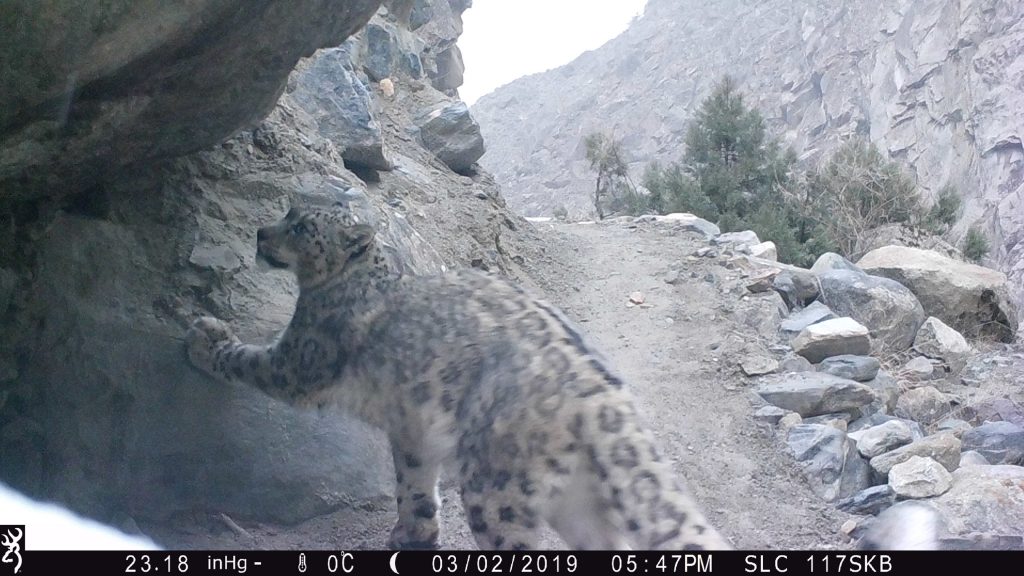 Cameras are positioned where a snow leopard would be expected to visit. Across from a rock used by snow leopards for spray marking is an excellent location. Once triggered by the motion sensor, the camera then takes the image of the animal passing by. Some cameras use white or incandescent flash at night while others record pictures using only infrared light which is invisible to many animals. The latest devices operate in sub-zero temperatures and can be left unattended for weeks or even months at a time while the supervising scientist is miles away. 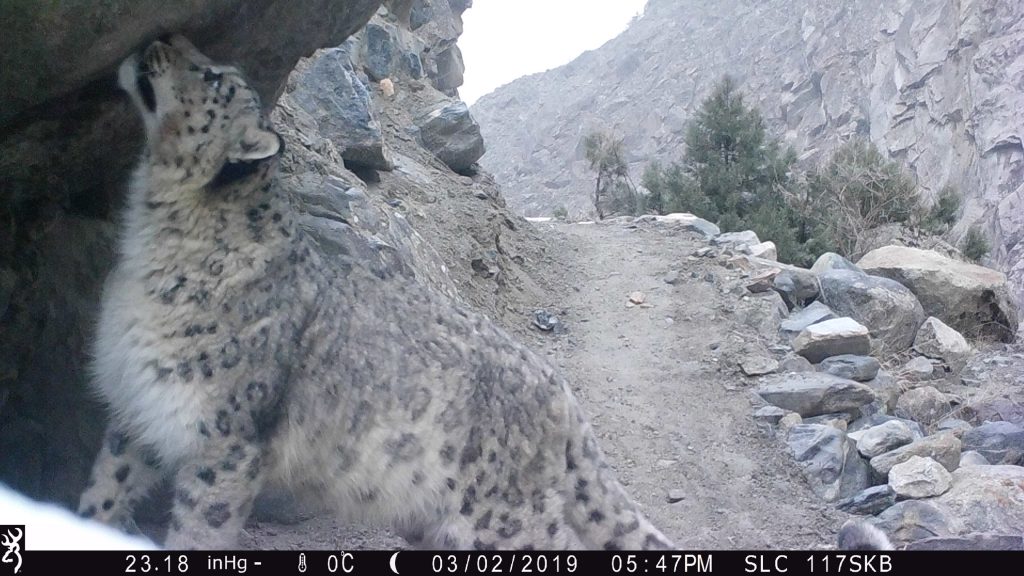 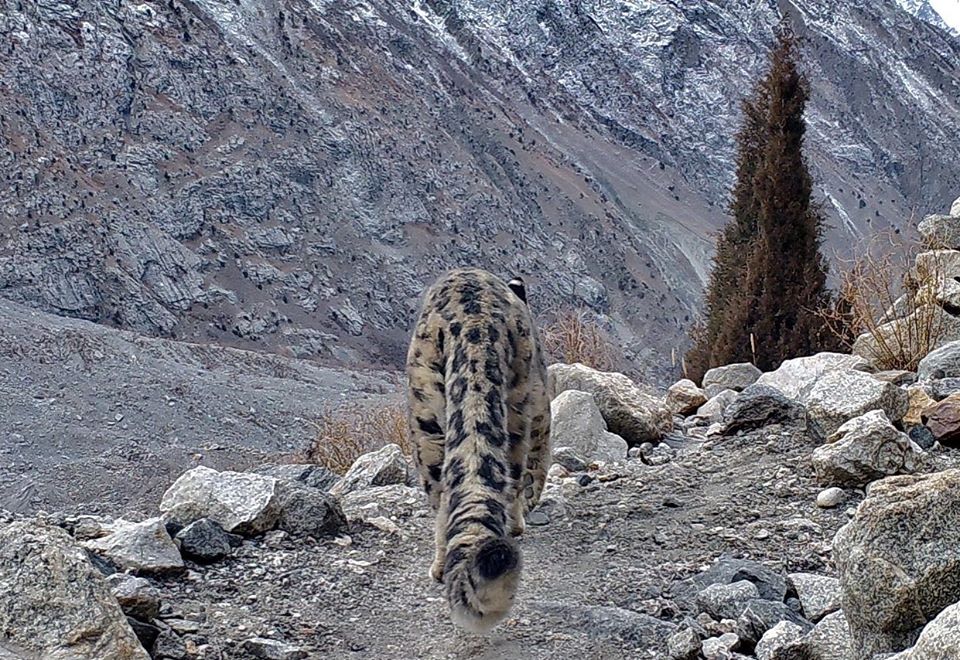 Our partner, the Baltistan Wildlife Conservation and Development Organization, led by project manager, Ghulam Mohammad, has been successfully using camera trap technology to monitor the snow leopard population in Pakistan.

You can learn more about camera trap technology in a handbook published by the Snow Leopard Conservancy, entitled Surveying Snow Leopard Populations with Emphasis on Camera Trapping, complied by Director Rodney Jackson, with Jerry Roe, Rinchen Wangchuk, and Don Hunter. “This handbook provides an introduction to snow leopard population survey techniques, followed by a detailed account of camera trapping methods.” 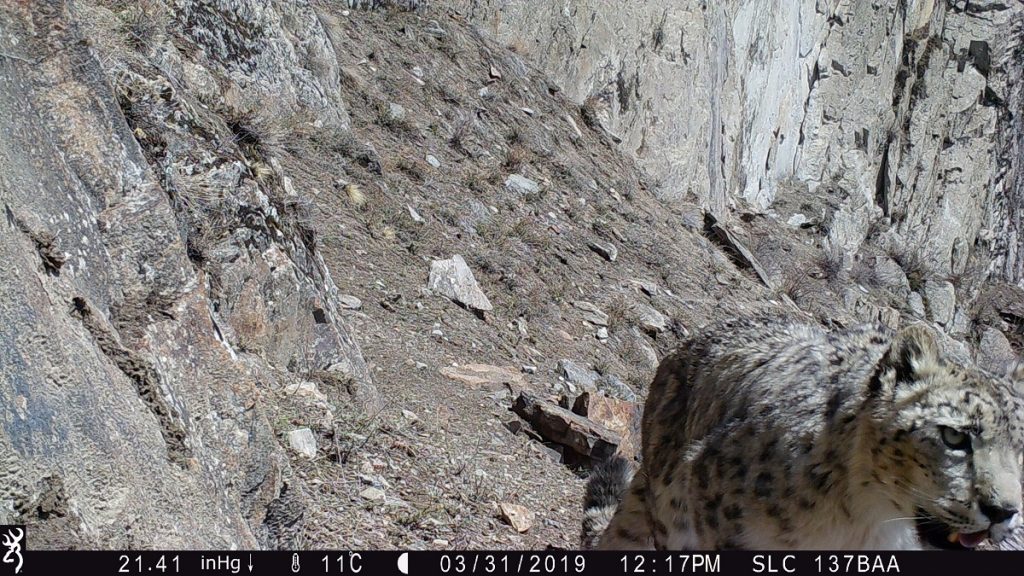 “While population estimates are difficult to obtain, camera trapping can provide the number of individual snow leopards present. Obtaining statistically valid population estimates is expensive, time-consuming and not feasible in many situations. However, the use of inexpensive passive infrared camera traps deployed over long time spans at frequently visited rock scents by sufficiently trained wildlife staff or local villagers can be used to monitor the number of individuals and demographic patterns. Also, knowing the individual snow leopards that inhabit a particular area might promote stewardship of the species among interested households in local communities.”