The Importance of Understanding Local Attitudes Towards the Snow Leopard & Measures to Conserve It. 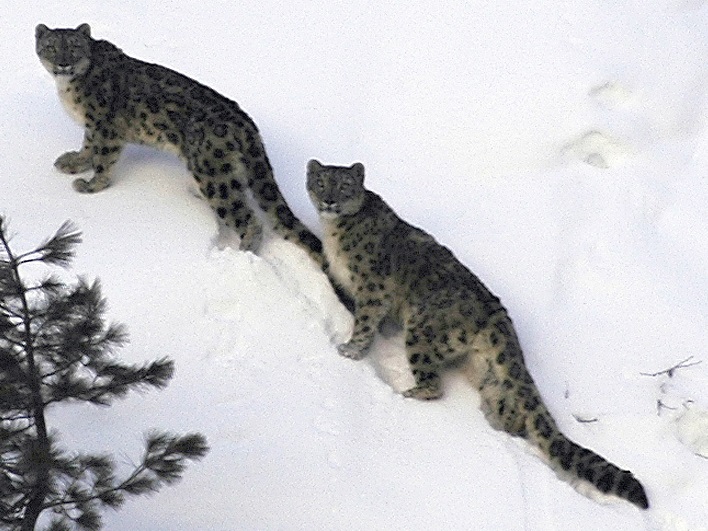 Snow Leopard Conservancy Associate, Jonathan Hanson, a PhD student in the Department of Geography at the University of Cambridge, recently led a study exploring the relationship between local attitudes towards the snow leopard and its successful co-existence with human communities. Also evaluated were local views on the conservation methods used to protect the snow leopard. As stated by Hanson for a Phys.Org article, “the snow leopard faces many threats to its survival. For conservation measures to succeed, they have to work for local people too, so humans and snow leopards can successfully co-exist.” He goes on to say “wildlife conservation is a social process as well as a scientific one.”

The study was conducted in two Protected Areas of the Nepal Himalaya, the Sagarmatha National Park and the Annapurna Conservation Area. It revealed positive attitudes towards snow leopards that were centered mainly around their cultural and spiritual importance and to a lesser degree their positive impact on the environment and as an incentive for ecotourism. Negative attitudes were found to be based on the real or perceived threat to domestic livestock.

The study also assessed attitudes towards conservation measures. Positive attitudes were predominantly identified in regards to environmental education and a ban on the killing of snow leopards and their prey. Local conservation committees and livestock compensation schemes while perceived in a positive light were found to be of less importance. Participants in the study indicated a negative attitude towards measures that would restrict livelihoods, such as limitations on the collection of wood.

More information about the study can be found in the article, “Understanding local attitudes to snow leopards vital for their ongoing protection,” appearing in Phys.Org. The study was originally published in Plos One.