The History of Snow Leopard Day 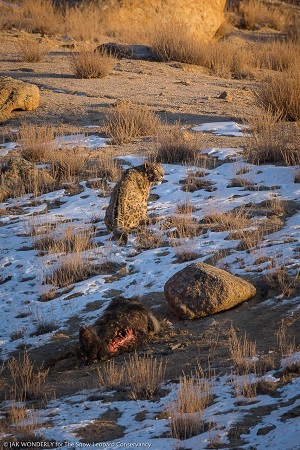 The snow leopard species faces the threat of extinction despite both its ecological importance and spiritual significance to indigenous communities. Recognizing it would take more than individual efforts to conserve snow leopards, at the first Global Snow Leopard and Ecosystem Protection Forum held in October 2013, all 12 snow leopard range countries endorsed the Bishkek Declaration. They pledged their “commitment to present and future generations…to protect and recover snow leopard populations and their fragile habitats for all people to enjoy.” A year later and annually thereafter on October 23, International Snow Leopard Day has been held in order to commemorate the anniversary of the Bishkek Declaration and to create awareness about the snow leopard.