During the recent  Global Big Cat Alliance gathering in South Africa, we had the honor of visiting the Powerline Primary School, one of nine centers participating in the Global White Lion Protection Trust education program.  We were hosted by the school’s founder, Princess Kabello Chiloane, from the Sepedi branch of the local Moletele Tribe, and Richard Chiloane – “the Lion Hearted,” also a Sepedi Tribesman, who started at the school as a teacher and worked his way up to Principal. 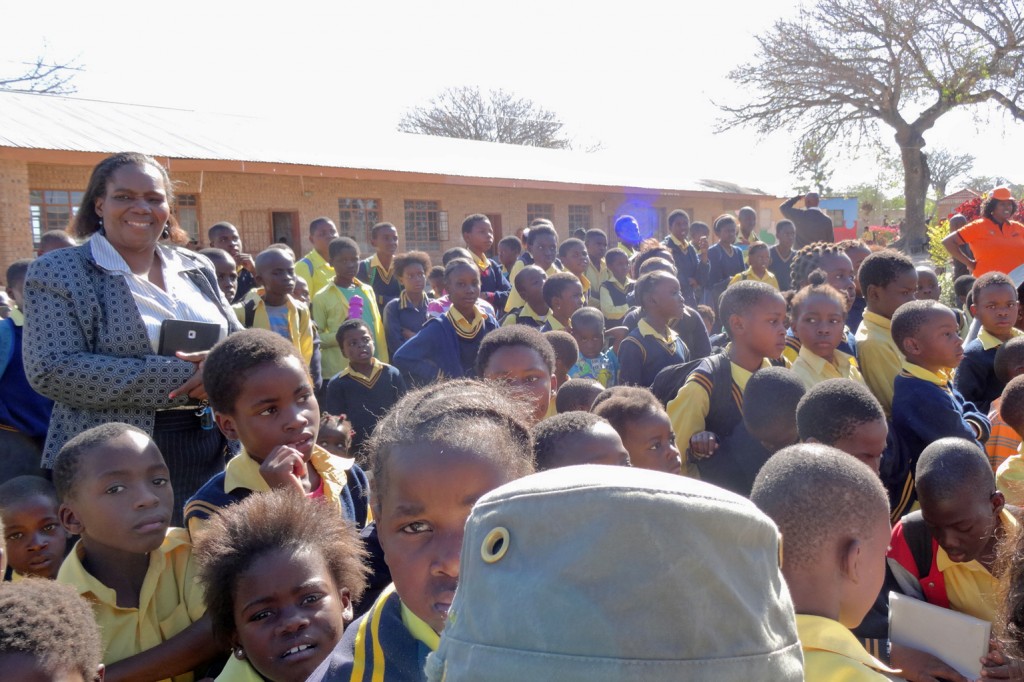 The school gets its name from the adjacent power line, which is a fine metaphor by itself, but when the program with the White Lion Trust was established, it wasn’t long before the kids & teachers unofficially renamed it the Power Lion School.  While the whole assembly welcomed us, Princess Kabello and the teachers let the kids involved in the nature club perform a special greeting ceremony.

We were invited to sit for the program, which began with a special piece the students had created to honor the spirit of the lion, and to support the return of the white lions to the wild. In particular, they are helping to convince the Johannesburg Zoo to release the lioness Nyanga to the Global White Lion Protection Trust’ sanctuary at Timbavati. Traditional dances, singing, and drumming completed the program. Children who had once been so shy they could not look an adult in the eye, had blossomed under the White Lion Trust’s “twelve laws of enlightened enactment,” including Originate (follow your Pawprint), Nurture (encourage growth), Collaborate (find your Pride), and Liberate (uncage your gift). The White Lion website has details of this program, whose success lies partly in the fact that schools here are the hubs of community life and thus tremendously influential. 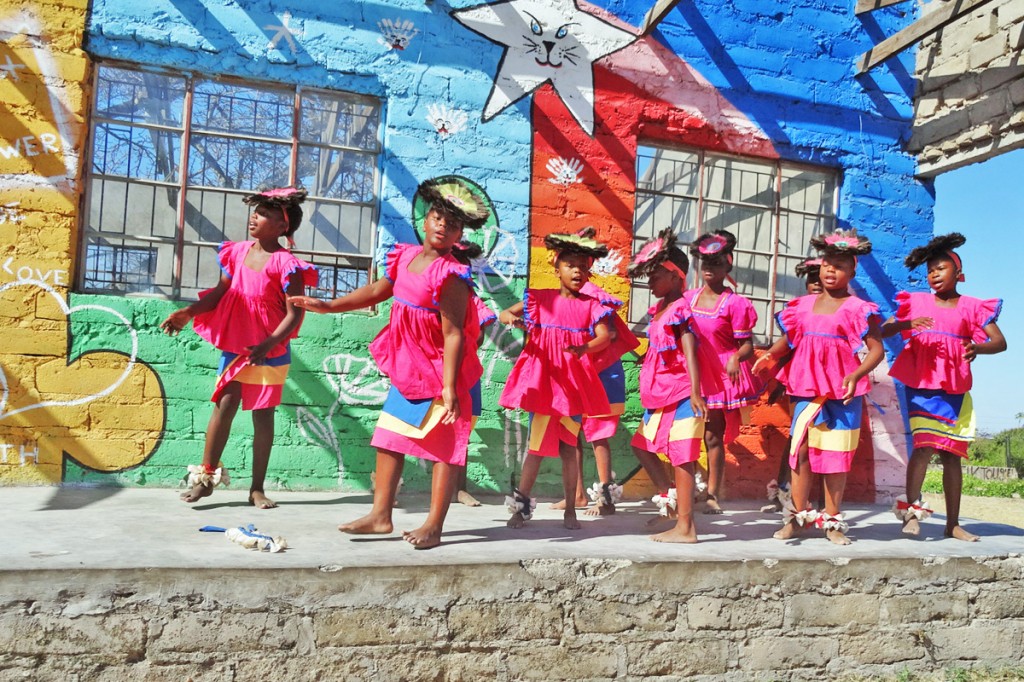 My dream is that one day, kids from our snow leopard education programs can visit the Power Lion Primary School! 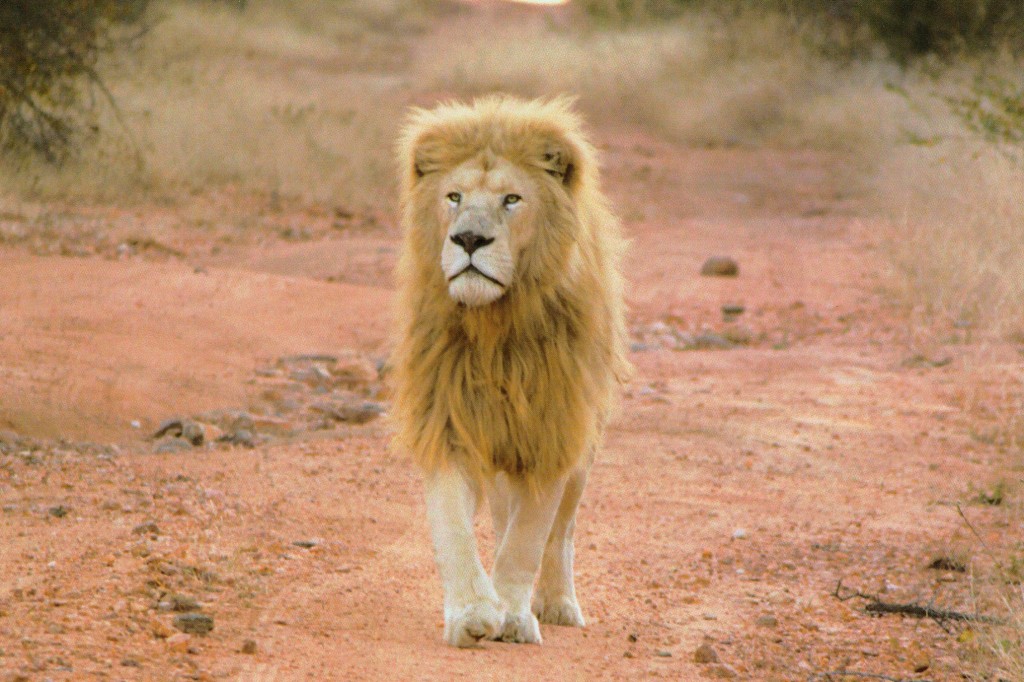